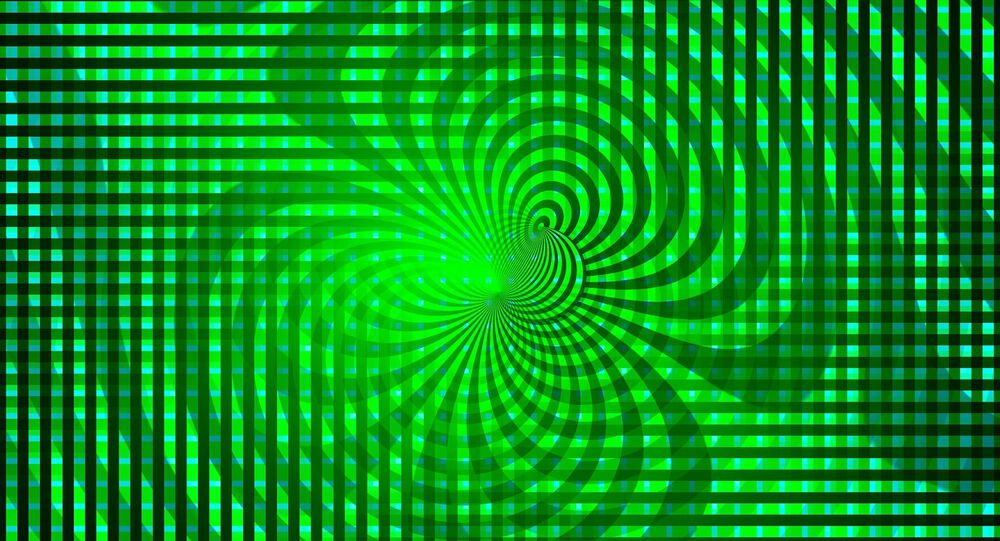 Throughout history, the exploitation of new materials has made a pivotal impact on the development of human civilisation. Stone, bronze and iron have given names to entire eras. The 1920s and 1930s of the 20th century marked the era of polymers and, since then, we cannot imagine our lives without plastic and rubber.

Several decades later, silicon entered the limelight, which gave an impetus to the modern development of electronic and digital technology. Nowadays, scientists are working toward creating new materials which possess properties that are not found in nature. Researchers from Russian universities involved in the '5-100' project have spoken about the latest scientific achievements in this domain.

Researchers in many labs around the world are working on creating 'metamaterials', materials whose properties transcend those of their components. From the point of view of physics, these are artificially-created and specially-configured structures characterised by electromagnetic and optical properties that cannot be attained naturally.

Invisibility, so popular in science fiction, may not necessarily only apply to the optical properties of objects. Noise we are protected from is as "invisible" as is physical impacts that we cannot feel. Modern materials help attain "invisibility" to protect soldiers, transport vehicles and so on.

Forbes announced in 2020 that the United States Army Research Laboratory (ARL) was funding research to create metamaterials that can direct mechanical wave energy around objects, thus protecting them from explosions, shock waves, earthquakes or other powerful vibrations. Such research could make a submarine or a bridge "invisible" to some forms of mechanical energy.

Russian researchers have invented a flat stealth cover that can cloak any elongated object, such as airplane antennas or the mast of a ship, from radar or other detection systems. The results of the research were published in Scientific Reports.

"We have designed a special cover based on the ideal magnetic dipole scattering which transforms an elongated metallic object with electrical response into an object with a magnetic response. As a result, such an object becomes invisible", Aleksey Basharin, one of the authors of the study and a researcher at the National University of Science and Technology (MISiS), said.

To this end, researchers used "flat" metamaterials that barely interact with electromagnetic waves, allowing them to "pass through".

This material is a set of metallic and dielectric nanoparticles that are arranged into a repeating pattern. This pattern works in such a way that the object that it conceals ceases interacting with electrical elements of light, without scattering them. Thanks to this, it is possible to avoid effects that would give away the 'invisible' object and to perfectly isolate various transmitters such as satellite antennas situated close to each other.

In the near future, researchers will look to create an advanced version of the cover, which will not only interact with the electric elements of electromagnetic waves, but also with their magnetic components. The experimental creation of such structures will become a huge step toward achieving perfect invisibility, Aleksey Basharin believes.

Researchers from ITMO University have designed a metamaterial through which energy can be transmitted by air on several frequencies simultaneously, which helps create universal wireless charging devices. The new material can work with various types of wireless receivers or transmitters of electricity, and is a set of a variety of conductors that are arranged into a special pattern and linked to each other with a condenser.

"Our material has many unique properties, including reverse frequency dispersion and several resonant frequencies with a uniform magnetic field through which energy can be transmitted 'by air'", explains Polina Kapitanova from ITMO University.

Researchers have created a propotype of the new universal charging device, checking its efficiency by plugging several light emitting diodes into various types of wireless electricity receivers and placing them over a table with the metamaterial. The device was steadily transmitting the energy in three different ways, charging all plugged-in devices. The results of the study was published in Applied Physics Letters.

A breakthrough announcement of the creation of the first superconductor active at room temperature caused much stir in 2020. Such technology, according to the authors, will replace electric batteries.

Researchers from Tomsk Polytechnic University have proposed a new tool to measure and control the properties of superconducting materials by means of changing its geometry, i.e. rolling it up to form a thin tube. Prior to this, adding alloys and defects was the traditional method of controlling its properties.

As they modeled the material, the researchers noticed a peculiar effect: when exposed to electric circuits, the configuration of the circulating supercurrents of the rolled up material (niobium) underwent a change. As a result, the material simultaneously has conductive and non-conductive elements, and changing the parameters of the magnetic fields could influence these effects. This discovery could potentially allow the management of superconductor properties.

As noted by the authors of the article, published in Communications Physics, the superconducting properties of niobium have been well studied, whereas its properties with a different geometry - when it is rolled up into a tube - are not researched sufficiently. The tool to predict such properties does not yet exist. Researchers have proposed new models for the prognostication of such properties.

Another modern material - metallic films with ordered nanosized structures - are characterised by unique properties which allow researchers to control magnetic fields and reverse their magnetisation. This allows for the creation of systems for recording and reliable storage of huge amounts of data. The material is also used for magnetic nanoparticle sensors which could monitor patients' blood, the concentration of particles contained within it, as well as the rate of excretion or absorption of a medicine.

Creation of an ordered corpus of nanosized holes with the same diametre on a big surface is a complex and demanding task - at least if it is performed directly by perforating a solid film. Researchers from Ural Federal University have taken a different, less-demanding track and suggested making use of the effects of self-assembly and self-organisation.

The effect is observed in the technology of aluminium anodising for porous surfaces but with a small modification, arranged as a hexagonal lattice, that allows for apertures with a well-controlled diameter. The anodised aluminium layer consists of a highly firm material whose chemical formula is Al2O3. This material, when crystallised, is known as corundum or sapphire. The self-organisation of the pores creates a surface that is not dissimilar to a honeycomb shrunk approximately a million times.

An aluminium base layer with ordered pores was developed a quarter of a century ago and has been used in recent years as the basis for applying films, including magnetic, as well as as a template for growing metallic nanowires.

Physicists from the Ural Federal University, jointly with Institute of Materials Science in Madrid, Spain, have obtained a unique amorphous film, TbCo, with a perpendicular magnetic anisotropy using a common technique. The results of their research were published in Nanotechnology.

"This material is unusual in a way that it possesses two magnetic sublattices whose magnetic moments are directed in the opposite ways. Films with certain composition will have significantly different magnetic characteristics when heated or cooled down. For instance, we observe either predominance of the magnetic moment of terbium or cobalt, or they will be practically equal. This property might be especially useful when creating environments for magnetic recording", senior research associate with the Magnetism of Solids department of the Ural Federal University, Nikita Kulesh, said.

The magnetic film with nanosized holes is remarkable in the sense that it provides a means to surpass the so-called superparamagnetic limit, when the size of a byte grows so small the energy of thermal vibrations starts to dominate over that of magnetic anisotropy, said the researchers.

At the moment, the university has implemented a full cycle of the creation of nanoperphorated film specimens with a different coating composition and also performs electrochemical synthesis of porous base layers of anodised aluminium with a different-sized diametres of the holes or a corpus of nanosized bulges. The university also carries out film and coating deposition with precise control over the composition and the width and possesses the equipment to study the obtained specimens.

The "5-100" Project is carried out as part of the national 'Education' project and is intended to promote the enhancement of research capabilities of Russian universities and to reinforce their competitiveness on the global market of educational services.