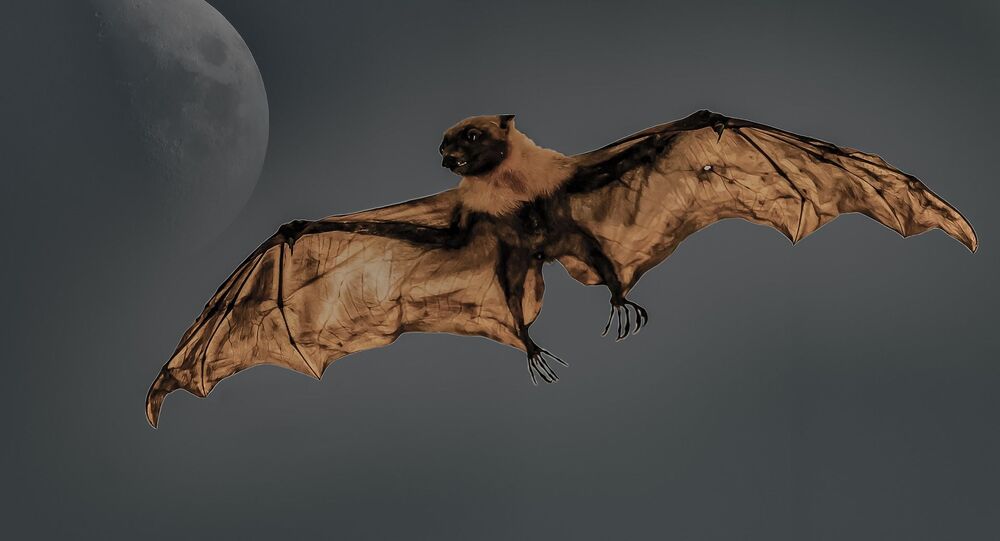 The researchers pointed out that due to the “cautious nature” of their approach, they currently lack data such as the body condition of individual male bats and “the identity of all visitors”.

A particular species of bat dwelling in Mexico, Central America and northern South America has been found engaging in a rather unusual courtship ritual during mating, according to a new study authored by Bernal Rodríguez-Herrera from the Universidad de Costa Rica, and colleagues, and published in PLOS One journal.

The bat in question – Centurio senex, commonly known as the wrinkle-faced bat – displays a distinct sexual dimorphism, with males sporting a fold of skin under the chin that "can be raised to cover the lower part of the face like a mask".

Wrinkle-faced bats (Centurio senex) mate in a unique way called lekking where territorial males compete for female favor by rolling back their characteristic facial covering to hopefully be judged the wrinkliest (and fittest) of them all!https://t.co/Ui9TyCPDU2 pic.twitter.com/ghiitPIS0k

​During the course of their study, the researchers determined that during the lek courtship these bats use, when females choose mates from groups of males based on their sexually displays, the males lower the aforementioned skin fold on their faces immediately prior to mating, only to bring it back up when the process is finished.

"While we were extremely lucky to obtain the first observations on the behaviour of this interesting species, we deliberately refrained from mist-netting bats in order not to scare the animals away from our study site," the scientists wrote, noting the "obvious shortcomings" of their study. "The downside of this cautious approach is, however, that we still lack essential data, such as the sex ratio at the site, the body condition of individual males or the identity of all visitors."

The team also expressed hope that "the encounter of a future lek of Centurio senex" will allow them to "close some of the current gaps in the knowledge on the behaviour of one of the most iconic bats of the Neotropics".