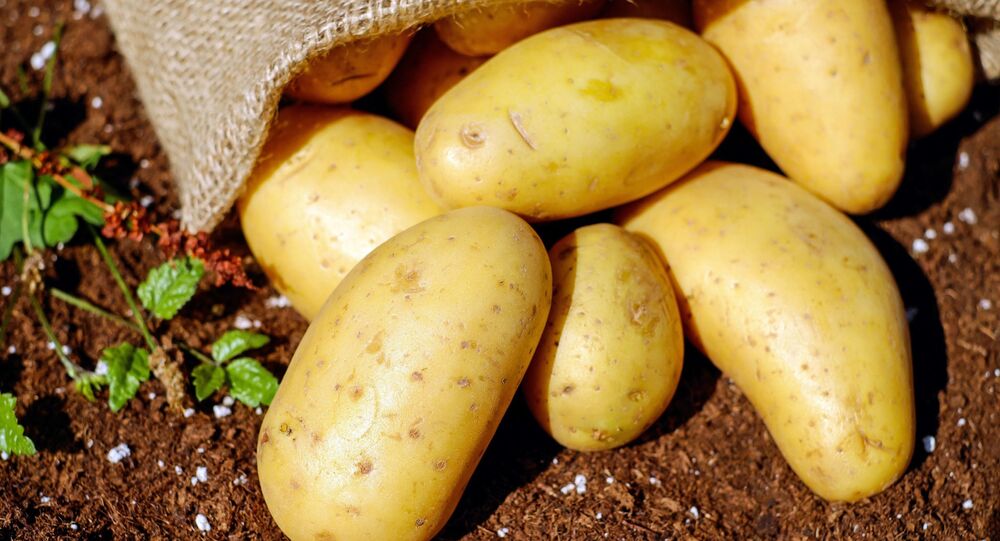 Scientists from Tyumen State University (UTMN), part of a research team, have studied how peptide extracts from medicinal plants inhibit parasitic organisms that affect potatoes. The common horsetail extract was found to have promise as regards pest control.

The study results were published in the journal Plants.

According to the researchers, plant diseases caused by mycelia microorganisms (oomycete) are a serious problem for agriculture around the world. One such diseases – late blight or phytofluorosis – affects potatoes and tomatoes. Phytophthora infestans, the disease agent, causes the leaves of the potatoes to whither, the tuber to decompose and the plant to die.

"A common way to fight late blight is treating potatoes with pesticides. However, pathogens are becoming more and more resistant to chemical agents. Therefore, scientists are looking for alternative ways to protect plants", Alexey Vasilchenko, head of the Antimicrobial Resistance Laboratory at Tyumen State University and one of the authors of the study, said.

According to Vasilchenko, natural plant extracts used in medicine are a promising addition to chemical pesticides. Their use will reduce the amount of pesticide residues in food and the environment. Furthermore, it is a less expensive way to protect plants.

The research team from the Shemyakin–Ovchinnikov Institute of Bioorganic Chemistry of the Russian Academy of Sciences, the Gause Institute of New Antibiotics, the All-Russian Institute of Plant Protection, the Institute of Environmental and Agricultural Biology (X-Bio) of Tyumen State University, and the Timiryazev Russian State Agrarian University have studied the influence of seven medicinal plants on late blight.

According to the scientists, the results indicate the ability of peptide extracts to inhibit the formation of late blight symptoms (necrotic spots and sporiferous layers) for 144 hours after potato-disc treatment.

© AP Photo / Rebecca Blackwell
Scientists Reveal How Even Tiny Doses of Pesticides May Lead to Insect Apocalypse
The most pronounced effect was shown by the peptide extract from common horsetail. Thus, the authors claim that the candidate for the role of an active agent for the development of new biopesticide was selected.

The research is carried out under the theme “Biosafety of humans, animals, and plants” of the West Siberian Interregional Research and Educational Centre (REC).