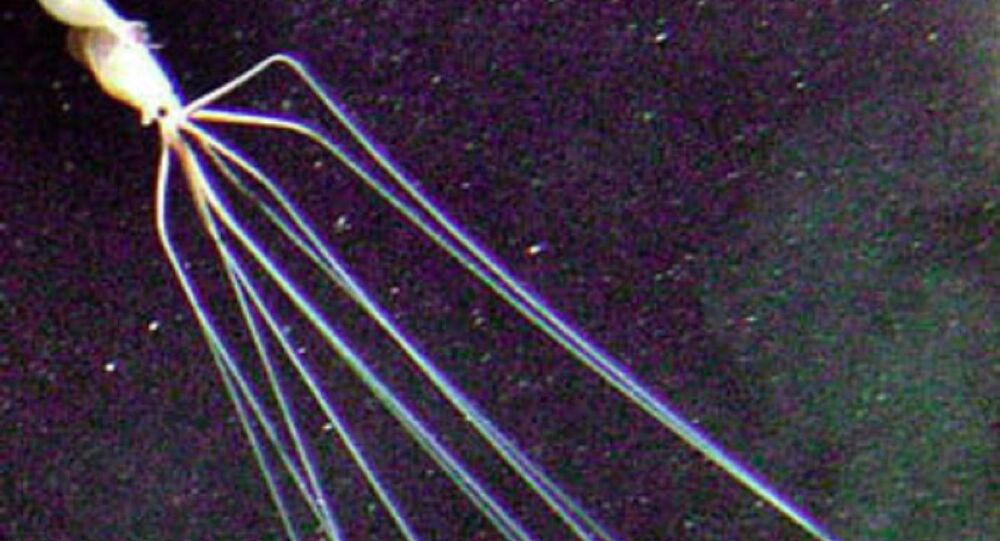 Some depths of the oceans remain unmapped, unobserved, and unexplored, containing great mysteries and creepy creatures swimming in the dark.

Australian scientists have published a video of a bigfin squid (Magnapinna), one of the most difficult-to-find creatures in the world.

The animal with "large fins and strikingly long arm and tentacle filaments" that can reach a length of over 8 metres (26 feet) permanently dwells in the dark depths of the ocean and has been spotted only about a dozen times.

"These sightings, the first from Australian waters, have bolstered the hypothesis of a cosmopolitan distribution, and indicated a locally clustered distribution with squid being found in close spatial and temporal proximity of each other", the scientists wrote in their paper.

The survey was conducted in March 2017 as part of a large-scale research of waters off Australia's southern coast.