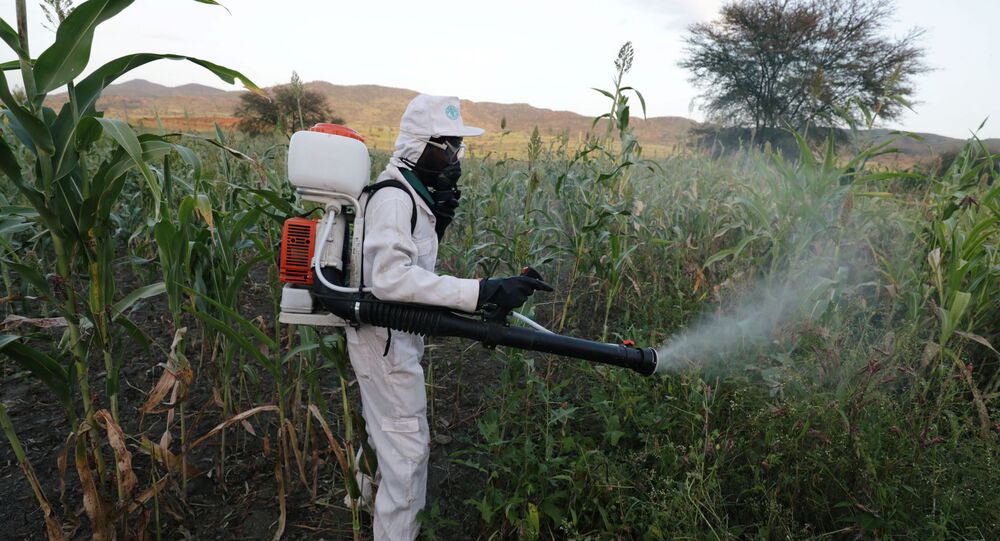 Scientists from the University of Tyumen (UTMN), part of an international research team, have suggested using bacteria to optimise plant pest control. According to them, a comparative study of bacteria and other microorganisms living inside mites and in their microbiomes make it possible to influence the biological properties of mites.

Mites are not only food pest, but also a serious threat to human health as they can cause allergies and respiratory illnesses. At the same time, they are difficult to control because they are widespread and highly adaptable.

For example, Tyrophagus putrescentiae mites have even managed to penetrate the International Space Station. There are predatory mite species that are widely used in greenhouses to control plant pests without the use of pesticides. Other species of mites are used as a food source for the mass breeding of useful predatory mites. These mites were studied by researchers in their work.

Scientists have suggested that bacterial symbionts can be used to manipulate the biological properties of both beneficial and pest mites of cultivated plants. These microorganisms affect the host's adaptability, protect it from pathogens, and affect its ability to tolerate pathogens.

Using data from the 16S ribosomal RNA (rRNA) gene sequencing, researchers from University of Tyumen with colleagues from the Crop Research Institute (CRI, Czech Republic) and the University of Illinois at Chicago (UIC, USA) determined the composition of mite bacterial symbiont species and quantified their number. Based on this data, they carried out a comparative analysis of the bacterial communities in mite bodies, eggs, and diet.

"We have received quantitative data showing that when infected with the Wolbachia and Cardinium bacteria, the other bacterial communities of the mites change drastically in comparison to uninfected individuals, and the bacteria can displace other bacteria from these genera. Thus, our study opens up the possibility of using Wolbachia and Cardinium for a promising method of biological control of pathogens", Pavel Klimov, a leading researcher at the X-BIO Institute of University of Tyumen, told Sputnik.

According to the scientist, the interaction between the host and microbes occurs at all stages of mite development. It is known that Wolbachia and Cardinium bacteria can affect the reproductive properties of hosts, but this effect has not been observed in the species studied.

The researchers plan to develop "green" pest control methods based on this data by changing the bacterial communities of predatory mites and their forage species during mass production. For example, pathogen-free mites will be more effective in controlling plant pests. The use of effective methods for using predatory mites as entomo- and acariphagous agents can provide an alternative to pesticide use in agriculture.