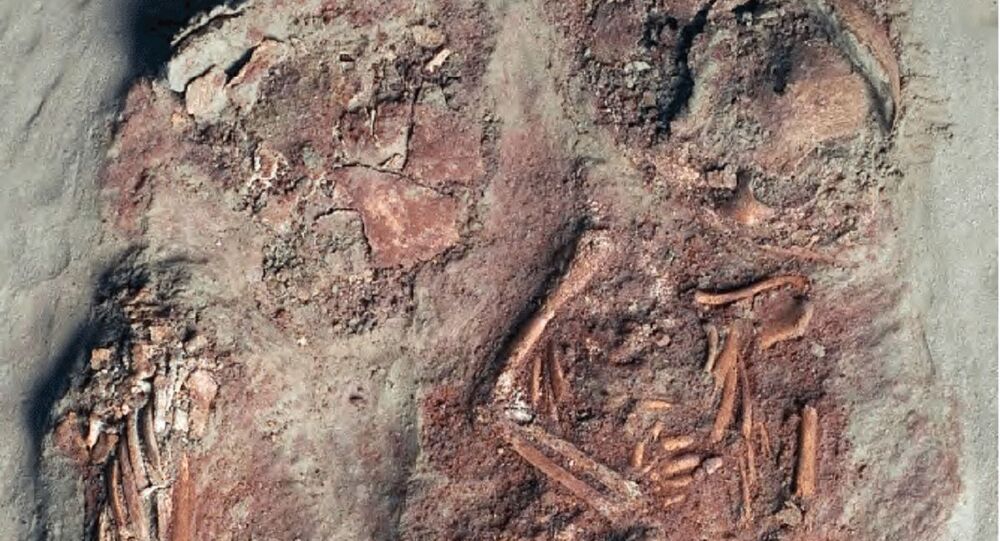 Researchers say the bodies were embedded in red ochre and placed next to each other with their heads facing east. The grave was not backfilled, but instead covered by a mammoth's shoulder blade. The discovery was made at Krems-Wachtberg, one of the most important archaeological sites of Gravettian culture, which had disappeared by 22,000 BP.

An international team of scientists from Austria and the United States claims to have discovered the earliest known evidence of identical twins. According to the findings of a study published on 6 November in the journal Nature, the newborn twins discovered in Austria lived 30,000 years ago.

"Confirmed evidence of twins in the archaeological record is extremely rare and has never been verified by a DNA analysis. By a DNA analysis, we were able to verify them as monozygotic twins", reads the study.

The DNA test, an examination of the crania, and a CT scan of enamel prism lengths showed that the full-term twins were male, also helping to determine a more precise age. One of them lived for six to seven months, while the other died after 13 to 14 weeks postpartum. Researchers said they also found the remains of a three-month old child, who they believe is the twins' cousin.

Besides the human remains, scientists also found so-called grave goods – things that were meant to help the dead in the afterlife or things used as a gift to gods.

One infant had his pelvis adorned with 53 ivory beads, which researchers described as "remarkably similar in size and shape", while the other twin had a necklace made of mollusks.