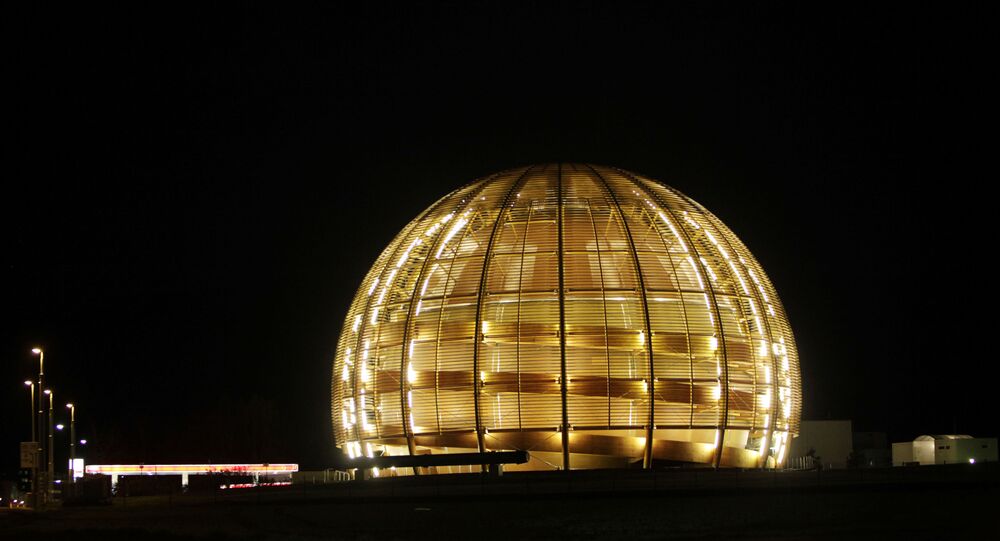 Antimatter is matter defined in modern physics as being composed of antiparticles of the corresponding particles of "normal" matter. CERN's BASE team conducts the research, and is behind several antimatter breakthroughs.

A BASE collaboration at CERN (European Organization for Nuclear Research) revealed that it is developing a "transportable antiproton trap", which will allow the transportation of antiprotons from CERN's Antimatter Decelerator (AD) to other laboratories to continue examination.

Currently, antiprotons are stored in a device called a Penning Trap, which holds particles in place with a combination of electric and magnetic fields. Those entrapped particles are then fed into a multi-Penning-Trap set-up to measure two frequencies - a cyclotron frequency, which describes a charged particle’s oscillation in a magnetic field, and a Larmor frequency, which describes the so-called precessional motion in the trap of the intrinsic spin of the particle.

“The AD hall is not the calmest of the magnetic environments,” said BASE spokesperson Stefan Ulmer. “To get an idea, my office at CERN is 200 times calmer than the AD hall”.

BASE-STEP will consist of a Penning Trap inside the bore of a superconducting magnet capable of withstanding transport-related forces. It will also have a liquid-helium cooling system which will allow it to be transported for several hours without needing electrical power to keep it cool.

“These compact dimensions and weight mean that we could in principle load the trap into a small truck or van and transport it from the AD hall to another facility located at CERN or elsewhere, to further our understanding of antimatter", BASE deputy spokesperson Christian Smorra detailed.

Currently, with its first components under development, the BASE-STEP is expected to be completed in 2022.