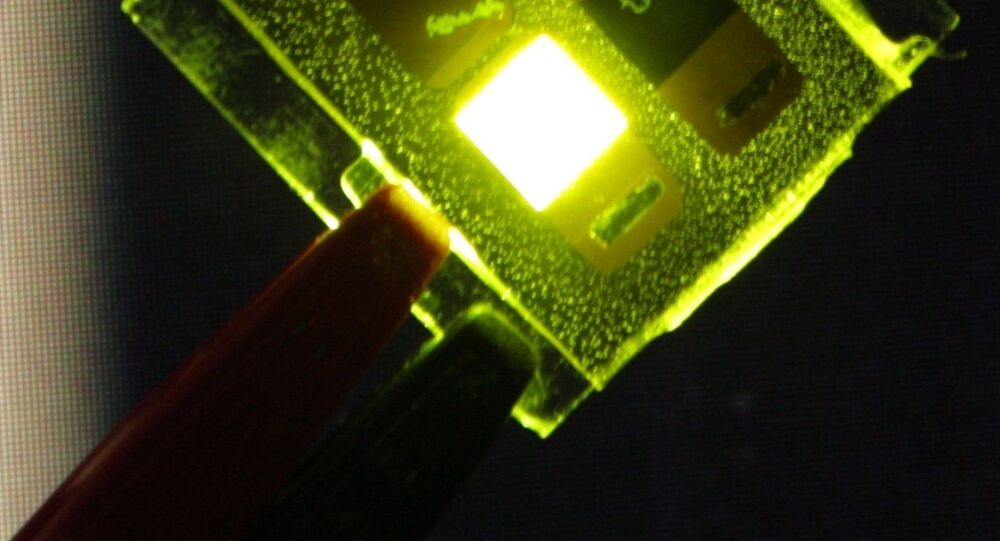 According to the authors of the study, the new quantum chemistry-based technology will significantly reduce the time it takes to create and market new OLED devices, high-quality displays and light sources. The study's results were published in The Journal of Physical Chemistry A.

According to MEPhI scientists, the method to select emitting molecules, based on quantum-chemical calculations, will greatly accelerate and facilitate the creation of various third-generation OLEDs, transferring this to the field of computer modelling.

“We’ve redefined the principles of emitter’s molecular design by analysing the molecule of 4,5-bis(carbazol-9-yl)-1,2-dicyanobenzene (2CzPN), the current champion in terms of efficiency. Having investigated the multi-directional processes characteristic of this molecule and other organic semiconductors, we have identified the key features of their structure that contribute to effective luminescence,” Alexandra Freidzon, assistant professor at NESPI MEPhI, Candidate of chemical sciences, explained.

Light emission in OLED occurs due to the phenomenon of recombination: the collision of carriers of opposite charges, electrons and so-called holes, which are molecules or atoms without an electron.

The quantum efficiency of the first-generation OLEDs was under 25%, while with the third-generation OLEDs, which the scientists are currently working on, it’s already possible to use 100% of electron-hole pairs. This is possible due to the use of one of the intra-molecular processes, thermally activated delayed fluorescence (TADF).

It was previously believed that an effective TADF-emitter consists of two parts, the interaction between which should be minimal. However, MEPhI scientists say they have established a number of properties that a material must have in order for its emission to compete effectively with non-emissive processes.

“We're the only ones to have managed to apply the quantum chemical method, which is highly precise in the position of the molecule’s energy levels. This is critically important in the TADF theory, since errors in the level positions qualitatively change the whole picture. Moreover, we’ve managed to bring together all the processes leading to and competing with TADF, as well as evaluate their speeds within a single model, without additional approximations,” Alexandra Freidzon said.

According to MEPhI scientists, the computer screening of materials with clear selection criteria will help to drastically reduce the amount of experimental work and accelerate the discovery and launch of efficient new third-generation OLED emitters.

According to the authors of the study, the quantum chemical method they use requires complex calculations, but the data obtained will make it possible to calibrate and improve the quality of simpler and cheaper methods to study organic semiconductors.
The study was carried out in cooperation with the Photochemistry Centre of the Russian Academy of Sciences as part of Russian Science Foundation grant No. 19-13-00383. The research team is currently developing AI elements that will help process data sets for more efficient screening.