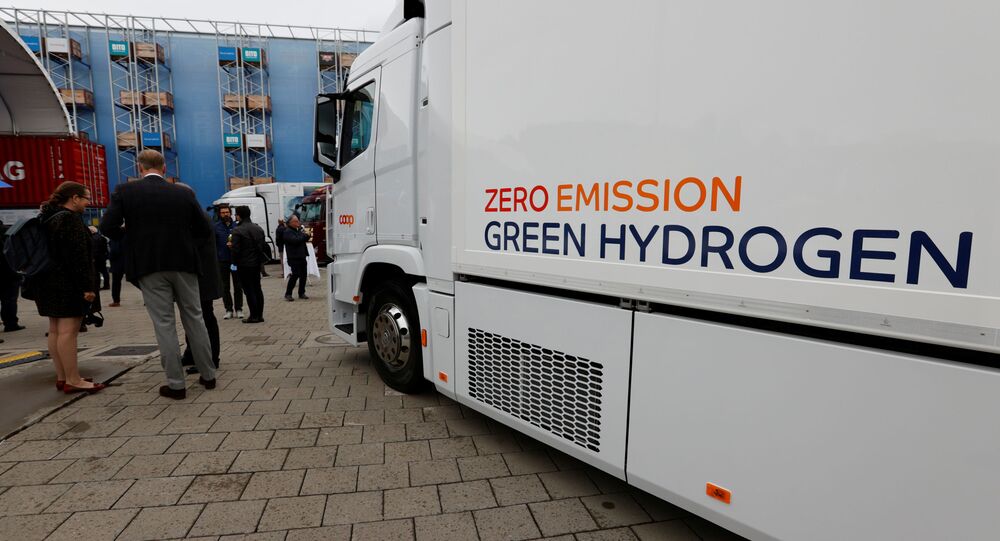 Today, environmental problems have been recognised as among the principal challenges threatening the fate of civilisation. Various international organisations and public figures have urged scientists and activists to take up the task of fighting environmental threats.

Sputnik spoke to researchers from Russian universities participants in the 5-100 Project to discuss the latest scientific achievements in this area.

Recently, the need to solve environmental problems has come to the fore in public discussions. With the support of more than 70 countries, the UN General Assembly has proclaimed 2021-2030 the “Decade on Ecosystem Restoration”.

In October, Prince William and renowned natural historian David Attenborough announced the Earthshot Prize, which they say will become the “Nobel Prize for environmentalism”.

Starting from 2021, the Earthshot Prize will be annually awarded to five individuals or organisations in the categories ‘protecting and restoring nature,’ ‘cleaning the air’, ‘reviving the oceans’, ‘building a waste-free world’, and ‘fixing the climate.’ Each prize winner will get £1 million ($1.3 million), which is more than what Nobel laureates get.

Indeed, today, the efforts of scientists throughout the world are aimed at finding solutions to environmental problems. Research is conducted in a wide range of areas, including the effective use of industrial and household waste, the creation of new systems to monitor the state of ecosystems, the development of ways to maintain the ecological balance, as well as the creation of methods to prevent dangerous man-made disasters.

Decreasing the Burden on Ecosystems

The ecosystems that the UN is urging people and nations to protect and restore include the subarctic and arctic ecosystems. They are easily damaged and take much time to recover after man-made interventions and emergencies, such as a large diesel spill in Norilsk that occurred in May 2020, Siberian Federal University (SFU) researchers said.

According to scientists, in order to maintain the fragile ecological balance of the far north, it’s necessary to develop the production of goods that will decrease the burden on soils and water bodies and not poison the environment. SFU conducts long-term research of bioplastics, including those based on polyhydroxyalkanoates (PHA). Bioplastic products (films, granules, medical membranes) are produced at the university’s pilot plant.

A study published in Chemosphere Journal presents the experimental findings on PHA-based bioplastics decomposition by the microbial community of subarctic soils.

“These results promote further development of the production of such bioplastics and bioplastic products as the safest for the subarctic. Packaging containers, bottles, and bioplastic bags can eventually replace products made of traditional plastics. Bacteria and degrader fungi will help completely recycle used items, without causing the slightest harm to nature, animals and the people of the Far North,” Svetlana Prudnikova, co-author of the study and professor at the SFU Department of Biotechnology, said.

The recycling of various types of waste is now driving green business initiatives throughout the world.

Of particular interest are waste-derived fuels (made from sawdust, solvent, waste water and other types of waste). According to Tomsk Polytechnic University (TPU) scientists, not only are such fuel more environmentally friendly and cheaper than common fuels, they have great energy potential and can even compete with coal and fuel oil. Suspensions based on sawdust, wastewater and solvent, as well as a mixture of coal dust and wastewater, could become promising fuel mixtures, the researchers said.

“Slurry fuels can compete with traditional pulverised coal fuel in a number of important indicators. They provide a more efficient use of numerous combustible wastes from various sectors of the economy, replace coal combustion and expand the resource base of energy enterprises,” Ksenia Vershinina, Associate Professor at TPU Research School of High-Energy Physics, PhD in Physics and Mathematics, said.

The study results were published in Journal of the Energy Institute.

The study results will be useful for any country, region, or individual enterprise interested in developing technology for the energy recovery of low-grade waste and components.

As part of the United Nations Environment Program (UNEP), 250 scientists have presented the report “Global Environment Outlook 6,” saying that if measures to protect the environment are not significantly enhanced, millions of premature deaths could occur by mid-century, caused by pollutants in freshwater systems.

According to environmentalists, it’s especially important today to learn to track and limit the distribution of imidacloprid; it has been used as an insecticide for decades and its presence in the environment has dangerously increased.

“As far as we know, this is the first capacitive sensor based on molecular imprinted polymers to detect imidacloprid in water. Moreover, for the first time, a two-step approach has been introduced to detect intermodulation distortion with a regeneration step between each analysis. This has provided an opportunity to sequentially use each electrode 32 times,” Natalia Beloglazova, senior researcher at SUSU Nanotechnology Research and Education Centre, said.

According to Beloglazova, other methods to determine the dangerous substance, for example chromatography, require long preparation of samples, a large amount of solvents and expensive equipment. In the future, the developed sensor can be integrated into autonomous platforms for waterbody diagnostics. The study results were published in Scientific Reports Journal.

Disaster Prevention as a Protective Measure

In recent years, the issue of developing effective measures to prevent environmental disasters such as those at the Chernobyl and Fukushima NPPs has come to the fore. Russia is currently building NPPs in Turkey, Finland, China, Belarus, India, and Bangladesh. It’s planned to set up additional passive protection systems, so-called core melt localisation devices, to ensure the increased safety of Generation 3+ reactors.

The reactor vessel may melt in the event of a severe accident with a loss of coolant. In this case, the core melt localisation device will become one of the passive protection systems to ensure nuclear safety and the isolation of the foundation and soil from the corium, the melt of the reactor vessel and its core.

In an accident, the remains of the radioactive toxic materials of the core fall into a special trap, where they are cooled to temperatures at which rescue teams can work. Materials scientists at the National University of Science and Technology MISiS (NUST MISiS) are carrying out a project to select a new material for the melt trap, which is guaranteed to provide the required reactor operation reliability indicators, including extreme conditions.

“In the laboratory, we’ve managed to simulate the nuclear reactor emergency operation mode and track the behaviour of various materials suggested to make a trap from. We will analyse the materials’ behaviour and calculate the minimum level of the trap body strength, ensuring guaranteed and safe elimination of core melting consequences,” Alexander Komissarov, Head of the Laboratory of Hybrid Nanostructured Materials at NUST MISIS, said.

The material is part of the ‘5-100’ Project, which is aimed at providing state support to Russian leading universities in order to increase their competitiveness among the world’s leading research and educational centres.