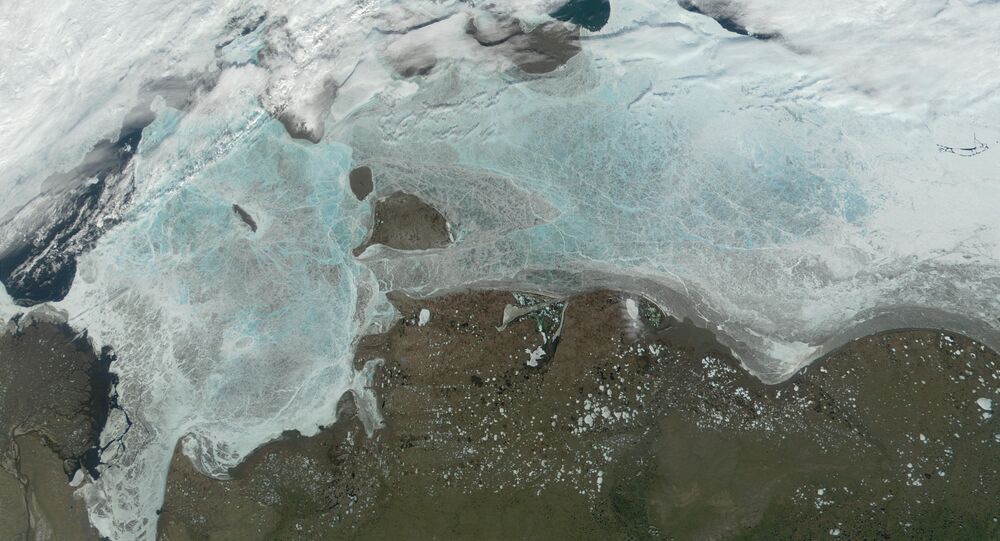 The current findings come as part of the international Siberian Shelf Study (ISSS) Program, a Russian-Swedish led collaboration seeking to investigate subsea and coastal permafrost thawing on the extensive East Siberian Arctic Ocean Shelf, as well as processes that result in the release of greenhouse gases such as methane

Scientists are cited as having accumulated evidence that frozen methane deposits in the Arctic Ocean have been triggered, releasing gases across a large area of the continental slope off the East Siberian coast.

Concerning levels of the greenhouse gas have reportedly been registered at a depth of 350 metres in the Laptev Sea near Russia, with the studies generating concerns that the pace of global heating might be accelerated, according to research titled "Arctic Ocean sediments reveal permafrost thawing during past climate warming".

The team aboard the Russian research ship R/V Akademik Keldysh, who are part of a multi-year International Shelf Study Expedition running from 26 September until 4 November 2020, stressed that their findings were preliminary.

Up close: the five co-authors of the recent article in Science Advances, on board the R/V A.M.Keldysh. The press release for "Remobilization of dormant carbon from Siberian-Arctic permafrost during three past warming events." is available at https://t.co/YxxQlyKEKc pic.twitter.com/GVIFj5Cg2l

​The scale of methane releases would only be confirmed after they returned and analysed their gathered data. Subsequently, they would publish the studies in a peer-reviewed journal.

‘Sleeping Giants of the Carbon Cycle’

Huge quantities of frozen methane and other gases, known as hydrates, are contained in slope sediments in the Arctic. Methane is known to have a global warming potential 80 times stronger than carbon dioxide over a 20-year period. If further data confirms the new findings, a fresh “tipping point” may have been reached that could quicken the pace of global heating.

The 60-member team on the Akademik Keldysh believe they were trailblazers in observationally proving that methane release is proceeding across a slope about 600 km offshore.

At six monitoring points over the Laptev Sea slope, the scientists saw clouds of bubbles released from sediment.

​While the international team onboard the Russian research ship R/V Akademik Keldysh allayed immediate environmental concerns, saying that most of the bubbles were dissolving in the water, they emphassed that methane levels at the surface were four to eight times more than the anticipated norm.

​These gases were being vented into the atmosphere, with potentially detrimental effect.

“At this moment, there is unlikely to be any major impact on global warming, but the point is that this process has now been triggered. This East Siberian slope methane hydrate system has been perturbed and the process will be ongoing,” Swedish scientist Örjan Gustafsson, of Stockholm University, was cited as saying.

In the heated debate about the potential fallout from a triggering of frozen methane deposits in the ocean, the Arctic has long been dubbed as ‘ground zero”.

Environmental concerns regarding when this might occur come as temperatures in the Arctic are currently rising more than twice as fast as the global average.

“The discovery of actively releasing shelf slope hydrates is very important and unknown until now… This is a new page. Potentially they can have serious climate consequences, but we need more study before we can confirm that,” said chief scientist onboard Akademik Keldysh, Igor Semiletov, of the Russian Academy of Sciences.

Semiletov has been studying the area for two decades, previously reporting that methane emissions from the shelf of the Arctic were the biggest of any sea.

It was also added that the most likely cause of the instability of the frozen methane deposits was an intrusion of warm Atlantic currents into the east Arctic as a result of man-induced climate disruption.