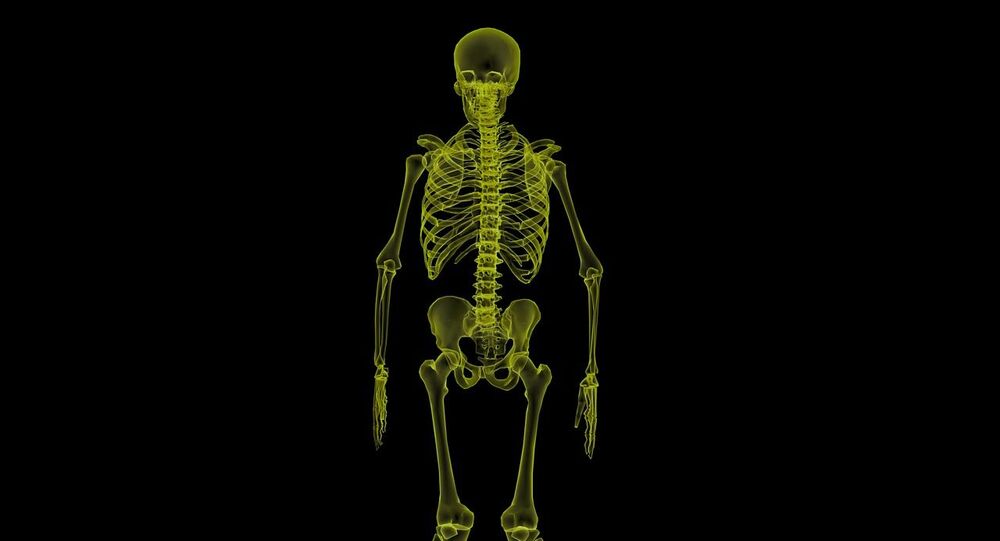 Researchers of Tomsk Polytechnic University (TPU) have created an alloy with physical characteristics similar to those of bone tissue. According to the authors of the study, the alloy will enable the development of high-quality implants for effective bone regeneration.

The study results were published in ACS Biomaterials Science and Engineering.

Titanium is one of the most popular materials for bone implants. However, according to TPU researchers, it has a serious drawback: its elasticity, hardness and a number of other physical and mechanical properties significantly exceed those of bone tissue.

In many cases, that results in the insufficient mechanical load on the bone segment protected by the implant, which leads to the gradual degradation of that segment. To obtain a material without this drawback, TPU researchers have studied a series of titanium-niobium alloys, as well as the mechanisms to nanostructure their surface.

"Having studied the ‘soft’ Ti-Nb alloys with Nb content varying from 5% to 50%, we found that the highest cell activity was observed on the surface of a titanium alloy with 25% of Nb content", Roman Chernozem, a research engineer at TPU's Physical Materials Science and  Composite Materials Centre, said.

According to the researchers, the implants survival rate is increased by creating titanium oxide nanotubes on their surface, which improve tissue proliferation and cell adhesion to the metal surface. TPU researchers are the first to have studied Niobium's effect on the nanostructuring of Ti-Nb alloys, and identified the clinically optimal parameters of such nanocoating.

"With the increase in Niobium content, the formation of oxide nanotubes on the titanium alloy surface accelerates. Because they are hollow, nanotubes grown by electrochemical anodization can be used for local drug delivery, eg, antibiotics or growth factors, by loading them on to the implant surface before surgery", Roman Surmenev, director of the centre, noted.

By varying Niobium content and electrochemical anodizing parameters, it’s possible to control the nanotubes’ geometric properties as well as their physical and mechanical properties, TPU researchers explained. According to the researchers, this makes it possible to create implants with specified characteristics that optimally meet the nature of the trauma and clinical objectives.

The research team is at present completing the new material’s laboratory tests and preparing to test the new implants on animals.