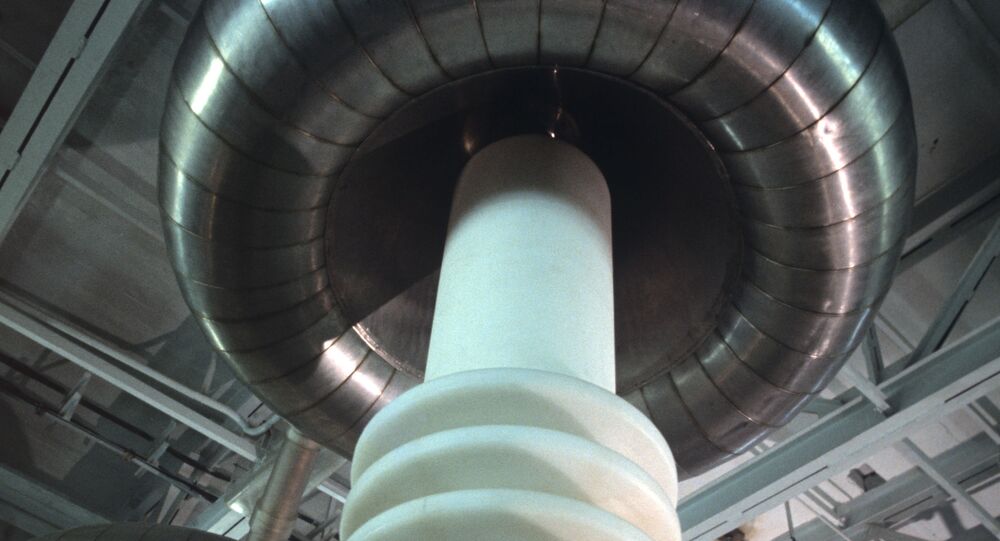 According to scientists, the ITER (International Thermonuclear Experimental Reactor) project will yield a new, safe, environmentally friendly source of energy, using the almost inexhaustible reserves of the fuel, one gramme of which could replace at least ten tonnes of hydrocarbons.

In the summer of 2020, the leaders of the states involved in the project started the construction of the future reactor’s main element, a tokamak, a plasma confinement and heating system.

The World of Thermonuclear Energy

Thermonuclear reactions can release of tremendous energy, but the plasma where these reactions take place has a temperature of tens and hundreds of millions of degrees, while the most heat-resistant materials can withstand no more than 3-4,000 degrees.

The scientists explained that using thermonuclear energy is possible if the plasma is “torn off” from the reactor walls with strong magnetic fields. The best magnetic trap for thermonuclear plasma, the tokamak, was proposed by Soviet academicians Sakharov and Tamm in the early 1950s and was first created at the Kurchatov Institute.

In a thermonuclear reactor, unlike an atomic one, instead of nuclear fission, nuclear fusion takes place at a plasma density one hundred thousand times less than air density. The scientists stressed that this makes explosions impossible, making the reactor fundamentally safe. The products of such a reactor will be harmless helium and tritium, which is then used to support the reaction.

“The ITER is the gateway to thermonuclear energy which the world should pass through.” These are the words of Academician Evgeny Velikhov, the project’s initiator, Honorary President of the Kurchatov Institute. Born in the mid-1980s, the ITER is aimed at demonstrating the possibility of using fusion energy on an industrial scale.

There are currently seven participants in the project: the EU, India, China, the Republic of Korea, Russia, the US and Japan. The project’s headquarters is in Cadarache, France, close to the construction site.

According to scientists, apart from the fundamental conceptual and engineering contribution to the ITER project, Russian scientists have developed a number of key elements, including the most advanced superconducting cable and the world’s best gyrotrons, devices that heat plasma with ultrahigh-frequency electromagnetic radiation.

The ITER will use a mixture of hydrogen isotopes, deuterium and tritium, as fuel. Deuterium can be produced relatively easily from water, while tritium will be produced in the fusion reactor. As an experimental installation, the ITER won’t yet produce electricity, but according to scientists, one gramme of fuel from commercial fusion reactors will produce the same amount of energy as 10 to 20 tonnes of hydrocarbons.

One of the risks in the reactor’s operation will be the accumulation of radioactive tritium in the tokamak’s discharge chamber; therefore its amount is limited by safety standards. The chamber’s inner wall, made from tungsten and beryllium, doesn’t accumulate much tritium, however, as the scientists explained, regular remote monitoring of the tritium level is necessary for the reactor’s stable operation.

The total amount of this isotope in the chamber can be determined from the balance of the supplied and evacuated gas. To more accurately measure its content in the reactor’s walls, the scientists decided to use laser radiation: under its influence, a kind of ‘evaporation’ will occur on the wall’s surface layer, followed by the capture and analysis of the formed particles.

Researchers at the Institute for Laser and Plasma Technologies of the National Research Nuclear University MEPhI, headed by Yuri Gasparyan, a young scientist and associate professor at the Department of Plasma Physics, are going to solve this key problem at a laboratory which was specially created in 2020. “Our task is to learn how to measure the concentration of light and highly mobile hydrogen isotopes with the minimum possible impact on the reactor wall. The tests are planned to be conducted both at laboratory facilities and at the Globus-M2 tokamak at Ioffe Institute,” the scientist said.

The scientists explained that the idea of magnetic thermal insulation of plasma in a toroidal or ‘donut-shaped’ magnetic field, which the tokamak is based on, doesn’t exclude particles and radiation ingress onto the reactor walls. Under their influence, macroscopic erosion products, more simply, dust, will be separated from the walls.

Physicists’ calculations show that dust particles will collect at the bottom of the tokamak discharge chamber, which is dangerous for the reactor: the dust is fire hazardous, and, moreover, it actively accumulates radioactive tritium.

To control the dust amount and composition without stopping the reactor, MEPhI scientists headed by Professor Leon Begrambekov suggested using a special probe with an electric potential applied to it.

In the electric field between the probe and the wall surface, dust grains will be electrified and attracted to a special receiver. Moving above the surface, the probe will collect the dust like a vaccum cleaner, then move it out of the reactor through special locks.

The project’s central team in Cadarache involved 1,100 specialists from all the participating states; several tens of thousands of scientists and engineers work in home teams.

“MEPhI, in particular the Department of Plasma Physics, is one of the active participants in the project, including in personnel training. For more than half a century, our department has been training hot plasma physics and controlled thermonuclear fusion specialists. Our graduates work both in the ITER’s central and home teams, while the geography of our collaborations covers almost the entire planet,” Valery Kurnaev, Head of the Department of Plasma Physics at MEPhI, said.

In the history of the department, its specialists have created installations to study the interaction of plasma and its components (ions, electrons, neutral atoms) with various materials. Theories and codes have been developed to describe these processes and a large number of scientists have been trained.

For the ITER, the department’s specialists have already created a method to spectroscopically detect water leaks into the plasma from cooled elements of the reactor’s first wall, methods to study the cleaning glow discharge effect on the first mirrors of diagnostic laser systems, as well as safety screens for electromagnetic radiation collectors.