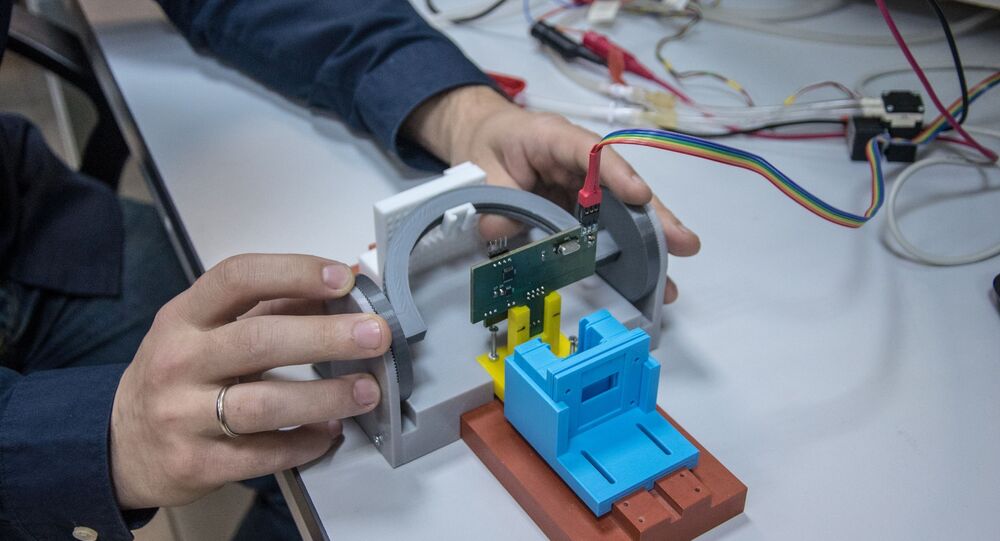 Russian Scientists Figure Out How to Painlessly Measure Blood Sugar

Young scientists at the National Research University of Electronic Technology have come up with a mathematical model and technical scheme for making a non-invasive glucometer; the device will help improve the life of diabetes patients by allowing users to automatically, painlessly and safely determine the concentration of glucose in the blood.

The research results were published in Proceedings of the 2020 IEEE Conference of Russian Young Researchers in Electrical and Electronic Engineering.

According to the young scientists, diabetes affects hundreds of millions of people around the world. Type 1 diabetes, which affects children and young people, is a condition where the pancreas produces little or no insulin. Type 2 diabetes is a form of the disease that appears later in life which is characterised by high blood sugar, insulin resistance, and a relative lack of insulin. To calculate the insulin dose, many patients have to continuously monitor their blood sugar level, the concentration of glucose in the blood.

Existing glucose monitoring systems are either placed under the skin for several days or require regular blood sampling. Using them is painful and carries the risk of infection, therefore there is a huge demand for a safe and painless device that doesn’t require skin punctures, the National Research University of Electronic Technology scientists stressed. Devices of this type are called non-invasive glucometers.

Many scientific centres carry out research in this area, but there are still no such devices on the open market. The non-invasive glucose control method developed by National Research University of Electronic Technology researchers has recently successfully passed animal tests.

“We have found the optimal measuring system characteristics to accurately determine glucose concentration in the blood. This will allow us to develop new optical elements for a wearable non-invasive glucometer. The finished commercial version of our device will look like a bracelet a little larger than a fitness tracker,” Kirill Pozhar, Associate Professor at Institute of Biomedical Systems of National Research University of Electronic Technology, said.

The National Research University of Electronic Technology suggested using a miniature infrared laser with a wavelength of 1,600 nm. When irradiating the skin, the radiation goes several millimetres into the tissue, where it is reflected by the internal cellular structures.

“Some of the substances contained in the skin don’t absorb much of the radiation, while among those that do absorb a lot of it, only glucose changes its concentration in the blood during the day. Thus, by observing the dynamics of how much the reflected radiation weakens, we can determine changes in glucose levels,” Kirill Pozhar explained.

A similar device is already being tested as a glucose sensor in a wearable artificial kidney, which is also being developed at the National Research University of Electronic Technology. The scientists believe that in the future, it will be possible to create a complex automated insulin therapy system based on the non-invasive glucometer, an artificial pancreas.

In the future, the scientists want to continue the theoretical and experimental research of radiation propagation in biological tissues to improve the accuracy of the analysis.