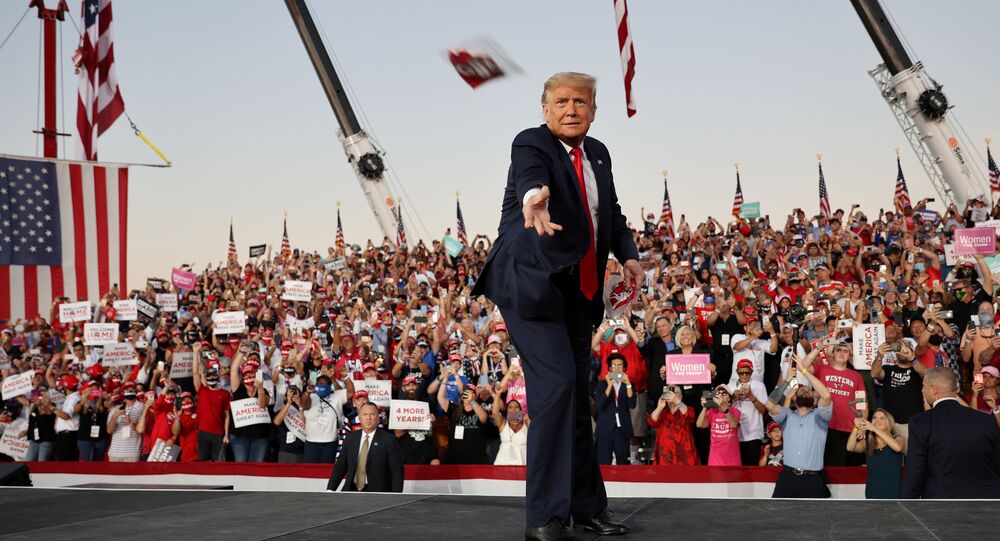 The document will also be launched at the 16th World Congress on Public Health Programme 2020 and calls on leaders to "act decisively and urgently" to implement effective measures to control the spread of the pandemic amid fears of a second global outbreak of the disease.

Using herd immunity to manage the ongoing COVID-19 pandemic was "a dangerous fallacy unsupported by the scientific evidence", 80 researchers wrote in an open letter published by medical journal The Lancet on Thursday.

The authors of the John Snow Memorandum letter made the comments amid growing fears of a second pandemic wave and over 1m deaths globally.

The letter was signed by researchers with knowledge on public health, epidemiology, sociology, virology and infectious disease, psychiatry, health policy and other disciplines.

According to the authors, governments may need to continue imposing restrictions in the short term to tackle "ineffective" pandemic responses and prevent further lockdown measures.

"The purpose of these restrictions is to effectively suppress SARS-CoV-2 infections to low levels that allow rapid detection of localised outbreaks and rapid response through efficient and comprehensive find, test, trace, isolate, and support systems so life can return to near-normal without the need for generalised restrictions," it read.

Protecting economies was "inextricably" linked to controlling the pandemic, they added, despite acknowledging widespread mistrust and demoralisation was growing among the public.

A second wave had renewed public interest in alleged herd immunity approaches, but such strategies were slammed as "flawed", the letter added.

Uncontrolled transmissions of COVID-19 in young groups posed "significant ill-health and death" to whole populations as it was "impossible and highly unethical" to restrict the disease to parts of society, it read.

The authors added measures to protect vulnerable groups were essential but complementary to holistic strategies, and warned that there was no evidence for immunity against coronavirus, resulting in repeat outbreaks over many years. Suppression and control of the pandemic was needed until a vaccine could be developed, it continued.

Additional strains on global workforces could overwhelm healthcare systems, many whom have died while fighting the outbreaks or facing trauma of practising "disaster medicine", the authors wrote.

“The evidence is very clear: controlling community spread of COVID-19 is the best way to protect our societies and economies until safe and effective vaccines and therapeutics arrive within the coming months. We cannot afford distractions that undermine an effective response; it is essential that we act urgently based on the evidence,” it concluded.

The letter comes after a further study on Monday found that patients with no immune disorders were infected twice by the disease, citing a 25-year-old man in Nevada ill with two separate strains of the virus, among others.

Concerns over herd immunity spiked after US president Donald Trump claimed he was immune for "maybe a long time" after being discharged from the Walter Reed Medical Centre on last week after contracting COVID-19.

To date, SARS-CoV-2 has infected over 38.5m people, resulting in nearly 1.1m deaths globally, according to data.