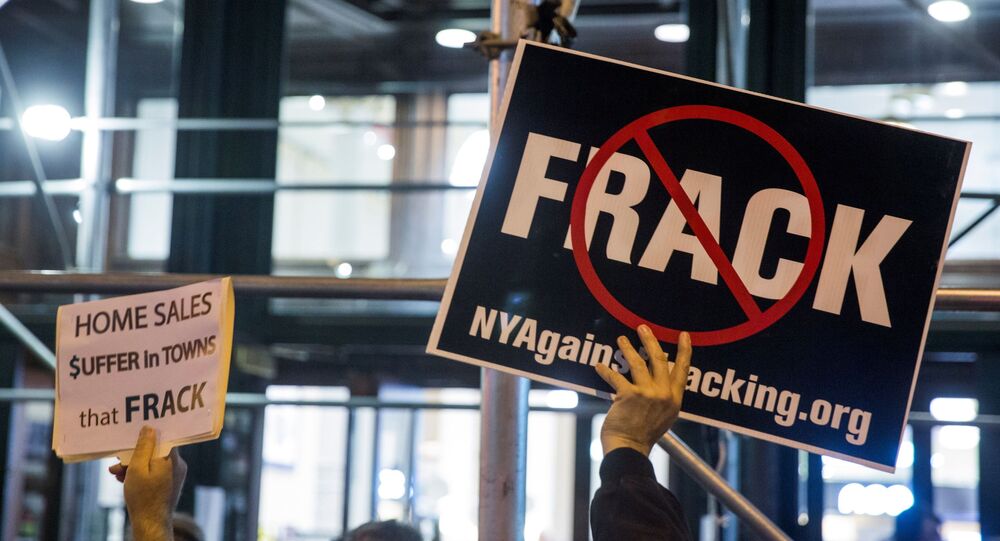 Harvard research published Wednesday in peer-reviewed scientific journal Nature Communications states: "our results suggest that an increase in [particle radioactivity] due to the extensive [unconventional oil and natural gas development (UOGD)] may cause adverse health outcomes in nearby communities.”

The UOGD practice is also known as fracking, or hydraulic fracturing, which involves the breaking of bedrock formations with a pressurized liquid in the hopes of extracting oil or natural gas.

The research found that locations within 12 miles (20 kilometers) downwind of 100 fracking sites had about 7% higher radiation levels when compared to normal background levels.

“If you asked me to go and live downwind [of fracking sites], I would not go. People should not go crazy, but I think it’s a significant risk that needs to be addressed,” study lead Petros Koutrakis, of the Harvard TH Chan School of Public Health in Boston, Massachusetts, expressed to The Guardian.

“The increases are not extremely dangerous, but could raise certain health risks to people living nearby,” he said to Reuters.

“Our hope is that once we understand the source more clearly, there will be engineering methods to control this.”

Koutrakis explained to the outlet that it is likely that naturally-occurring radioactive material is being disturbed in the ground and brought to the surface during the hydraulic fracturing process.

“We shouldn’t ask how airborne radioactive risk from fracking compares to the waterborne risk,” Koutrakis asserted to The Guardian. “We should ask if it’s a good idea to add radioactive particulates to either air or water. This study suggests that the answer is no.”

The issue of fracking recently came up amid the ongoing 2020 American presidential election season as US President Donald Trump erroneously suggested that Democratic presidential nominee and former US Vice President Joe Biden would put forth a total ban on fracking.

In addition to the Harvard research, scientists with the US Environmental Protection Agency have “found scientific evidence that hydraulic fracturing activities can impact drinking water resources under some circumstances.”