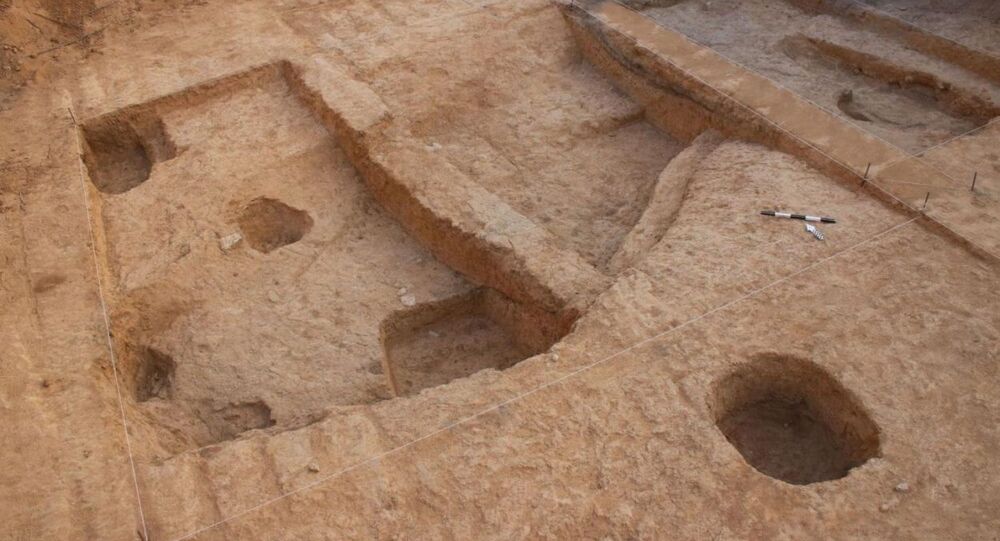 The Horvat Beter site in Beer Sheva, southern Israel was being excavated several years ago ahead of a planned neighborhood expansion when a remarkable discovery was made.

Beersheba in Israel could have been home to the world’s first furnace 6,500 years ago, according to a study by Tel Aviv University and the Israel Antiquities Authority.

The results of the archaeological research, published in the Journal of Archaeological Science, have described an ancient workshop for smelting copper ore, discovered in the Neveh Noy neighborhood of Beersheba, capital of the desert and semidesert region of Negev in southern Israel.

The fascinating study, conducted by Prof. Erez Ben-Yosef, Dana Ackerfeld and Omri Yagel of the Jacob M. Alkow Department of Archeology and Ancient Near Eastern Civilizations at Tel Aviv University, in conjunction with Dr. Yael Abadi-Reiss, Talia Abulafia, and Dmitry Yegorov of the Israel Antiquities Authority and Dr. Yehudit Harlavan of the Geological Survey of Israel, sheds light on how technically and socially advanced that region was at the time.

The scientists claim that their find proves the theory that there existed an elite in society of that era which had expertise and professional secrets, such as how to create copper.

Furnace Shards that Tell a Story

The beginning of the study, published under the title “Firing up the furnace: New insights on metallurgical practices in the Chalcolithic Southern Levant from a recently discovered copper-smelting workshop at Horvat Beter (Israel),” originally date to 2017.

At the time when the workshop was first discovered in the capital of the Negev, an emergency excavation team of the Israel Antiquities Authority had been called in for to salvage antiquities urgently before a neighborhood of Beersheba was expanded.

Talia Abulafia, director of the excavation on behalf of the Israel Antiquities Authority, was quoted as saying:

“The excavation revealed evidence for domestic production from the Chalcolithic period, about 6,500 years ago. The surprising finds include a small workshop for smelting copper with shards of a furnace – a small installation made of tin in which copper ore was smelted – as well as a lot of copper slag.”

After isotopes of ore remnants in the furnace were analysed, it became evident that the ore had been transported to Neveh Noy from Wadi Faynan, in present-day Jordan, more than 100 km from Beersheba.

Metallurgy emerged across the southern parts of the Middle East in the second half of the 5th millennium BC and during the “ Chalcolithic period” of the 4th and 3rd millennia BC.

During the Chalcolithic period (the word “chalcolithic” coming from the Greek words for “copper” and “stone”) metalworking still used stone tools.

Throughout that time, when copper was first refined, the ground-breaking technological process typically took place far from the mines, for no obvious reason though researchers have suggested this was done to safeguard the technological secret.

“It’s important to understand that the refining of copper was the high-tech of that period. There was no technology more sophisticated than that in the whole of the ancient world,” says Erez Ben-Yosef.

The scientists involved in the study believe that although society at the time was not yet urbanised, the new evidence shows it was hierarchical, and possession of a technology like copper smelting gave one a privileged position.

The copper objects, says the team, were made chiefly for ritual and symbolic purpose and stone was used for items in daily use.

According to archeological studies in Israel, the land bears evidence of the influence of the Ghassulian culture, named for the archaeological site in Jordan, Tulaylât al-Ghassûl.

Spanning the region from the Beersheba Valley to present-day southern Lebanon, it was known for its artistic achievements and ritual objects, such as the copper objects discovered at Nahal Mishmar.

The inhabitants around the copper mines traded with members of the Ghassulian culture from Beersheba.

They sold the ore, yet were unable to create shiny refined copper objects, which was refined by experts who had their own secret formulas in settlements along Wadi Beersheba.

Graduate students tried over several summers attempted to use reconstructed Beersheba furnaces to replicate the ancient copper production but in June 2020, “between the coronavirus lockdowns”, the team was finally able to produce copper using the Beersheba methods during a graduate student seminar, said Ben-Yosef.

He explained that although at the first stage of mankind’s copper production they used crucibles rather than furnaces, at the Neveh Noy workshop discovered by the Israel Antiquities Authority, the technology was based on real furnaces.

“This provides very early evidence for the use of furnaces in metallurgy and it raises the possibility that the furnace was invented in this region,” Ben-Yosef added, acknowledging the debate on the origins can only be settled by future discoveries.

Divine or Mundane? Ancient Clay Artefacts Found in Israel are No 'Face of God', Archaeologists Claim