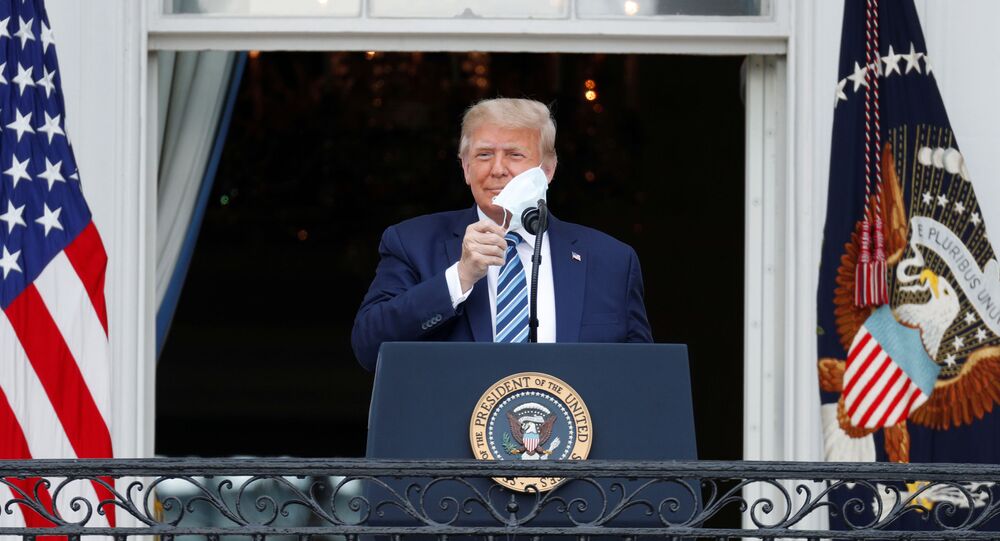 Patients infected with the disease are recommended to continue taking "serious precautions" such as social distancing, face coverings and handwashing, among others, a major study from a medical journal revealed.

A person in the United States with no immune disorders or underlying conditions was infected twice by COVID-19, a Lancet study has revealed.

© REUTERS / DADO RUVIC
Can Cash Give You Covid? Virus Can Remain on Money and Mobile Phones For a Month, New Research Says
The Lancet Infections Diseases journal research is the first to confirm evidence of COVID-19 reinfection in the US.

According to the study, a man aged 25 in Nevada was infected with two separate strains of SARS-CoV-2 within 48 hours and tested negative between the infections, indicating previous exposure to the virus may not guarantee total immunity.

But the second infection resulted in a more severe case, requiring hospitalisation with oxygen support, it continued.

“There are still many unknowns about SARS-CoV-2 infections and the immune system’s response, but our findings signal that a previous SARS-CoV-2 infection may not necessarily protect against future infection,” Mark Pandori PhD of the Nevada State Public Health Laboratory at the University of Nevada, Reno School of Medicine said.

He added that despite more research being required, potential reinfections could have "significant implications" for immunity against COVID-19, namely as no effective vaccine has been found.

Genome sequencing of both viral samples took place in April and June to confirm the separate strains of COVID-19.

According to the study, the case in Ecuador may have resulted in worse symptoms in the first infection due the presence of antibodies, as seen in diseases such as SARS-CoV betacoronavirus and dengue fever.

“Overall, there is a lack of comprehensive genomic sequencing of positive COVID-19 cases both in the USA and worldwide, as well as a lack of screening and testing, which limits the ability of researchers and public health officials to diagnose, monitor, and obtain genetic tracking for the virus,” Pandori added.

Akiko Iwasaki, PhD, Professor of Immunobiology and Molecular, Cellular and Developmental Biology at Yale University added that as more reinfections surfaced, the scientific community could better understand how the body protects from the virus and how “frequently natural infections with SARS-CoV-2 induce that level of immunity".

"This information is key to understanding which vaccines are capable of crossing that threshold to confer individual and herd immunity,” Iwasaki said.

The findings come just after US President Donald Trump was released from the Walter Reed Medical Centre after being treated for coronavirus since his admission on Friday.

The US president claimed he was 'probably' free of the virus and felt "in great shape" after his hospital discharge, but the new research shows he could potentially be at risk despite stating he was immune for "maybe a long time".