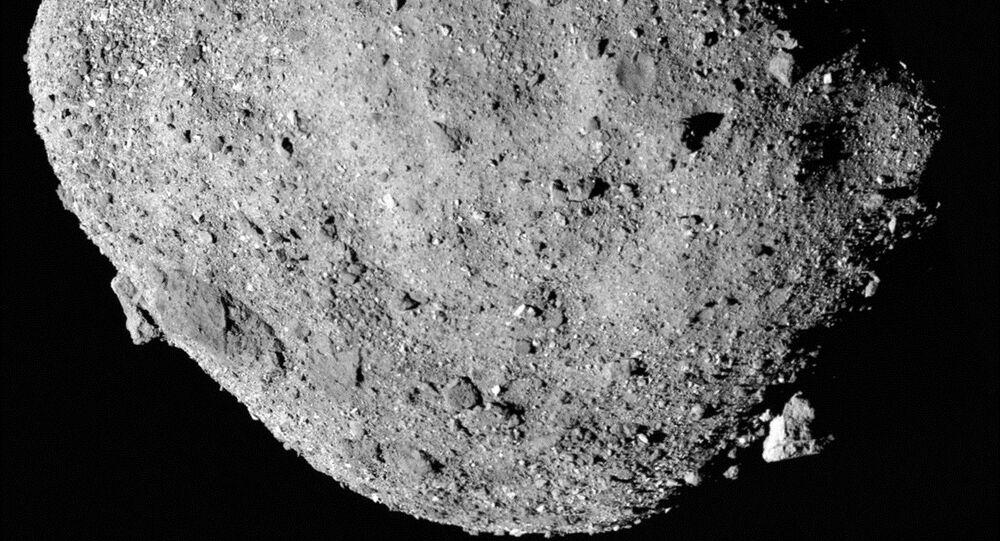 As the time draws closer for NASA's OSIRIS-REx sample-gathering spacecraft to land on the asteroid Bennu, researchers continue to provide further insights into the nature of this massive space rock, Science Alert reports.

According to the media outlet, a new global spectral survey of Bennu, led by Amy Simon of NASA-Goddard, has confirmed the presence of organic and carbon-bearing materials on the asteroid's surface, apparently making it the first "concrete detection" of such substances on a near-Earth asteroid.

"The spacecraft has been observing the asteroid for nearly two years now," said Joshua Emery, astronomer from Northern Arizona University and member of the OSIRIS-REx science team. "Bennu has turned out to be a fascinating small asteroid and has given us many surprises."

Also, the efforts of a team of scientists led by Michael Daly of York University in Toronto, Canada, have yielded a “detailed 3D digital terrain map of the asteroid".

And the analysis of carbonate materials present in some of the boulders on the asteroid's surface appear to hint at the presence of an "asteroid-scale hydrothermal system" on the "parent body" that produced Bennu.

"Fluid flow on Bennu's parent body would have taken place over distances of kilometres for thousands to millions of years," a group of researchers led by Hannah Kaplan of NASA-Goddard wrote in a recent paper.