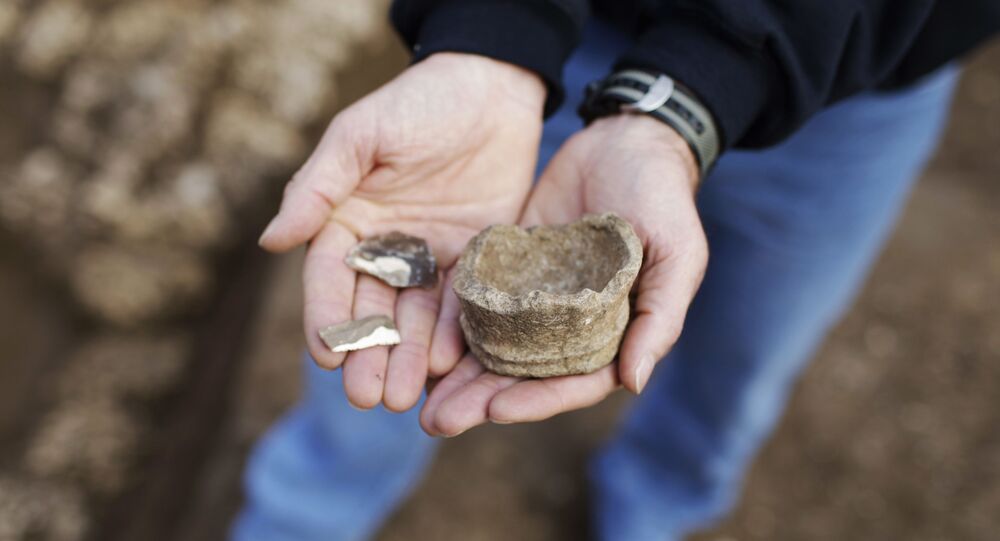 The study by the Weizmann Institute of Science revealed that ancient humans might have been not just familiar with fire, but also with the ways to use it in making tools and blades from the stone.

A team of researchers from Tel Aviv University excavated sections of the Qesem Cave in Central Israel to discover "tens of thousands" of stone tools that sparked assumptions that ancient people who lived in the cave may have used high temperatures to create them.

Moreover, the Weizmann Institute's study said that different temperatures could have been intentionally used to create different tools.

The tools collected from Qesem Cave are made of flint - and, in order to find out whether it was fired or not, researchers heated some at different temperatures and allowed them to cool. The team then examined them with tools in a spectroscopy lab, which reveals the chemical and molecular structure of the tools.

The data was later analyzed with a special method suggested by an archaeologist Prof. Avi Gopher of Tel Aviv University, that allowed to draw out three different types of flint artifacts with three unique temperature ranges for each.

"...Very high heat – up to 600 degrees Celsius – had been suggested, in other studies, to create the nicks and chips. The second type of pieces are known as flakes; and the third are the blades -- larger, knife-like tools with one long sharp edge and a facing, thicker edge where they can be held. Flakes, essentially smaller cutting tools than the blades, had been treated at a relatively large range of temperatures while the blades had been heated to lower temperatures (some 200-300 degrees – low-to-medium oven settings) and the temperature range they had undergone was much smaller", Weizmann Institute revealed.

The researchers expressed confidence that the consistency of heating the stone to make the tools is simple technology - however, acknowledging, that not everything about the ancient experience of using high temperatures for tool-making is yet known.

“We can’t know how they taught others the skill of toolmaking, what experience led them to heat the raw flint to different temperatures, or how they managed to control the process, but the fact that the longer blades are consistently heated in a different way than the other pieces does point to an intent,” says Dr. Filipe Natalio, one of the researchers. “And that,” adds Dr. Iddo Pinkas, a Raman spectroscopy expert, “is technology, as surely as our cell phones and computers are technology. It enabled our ancestors to survive and thrive.”