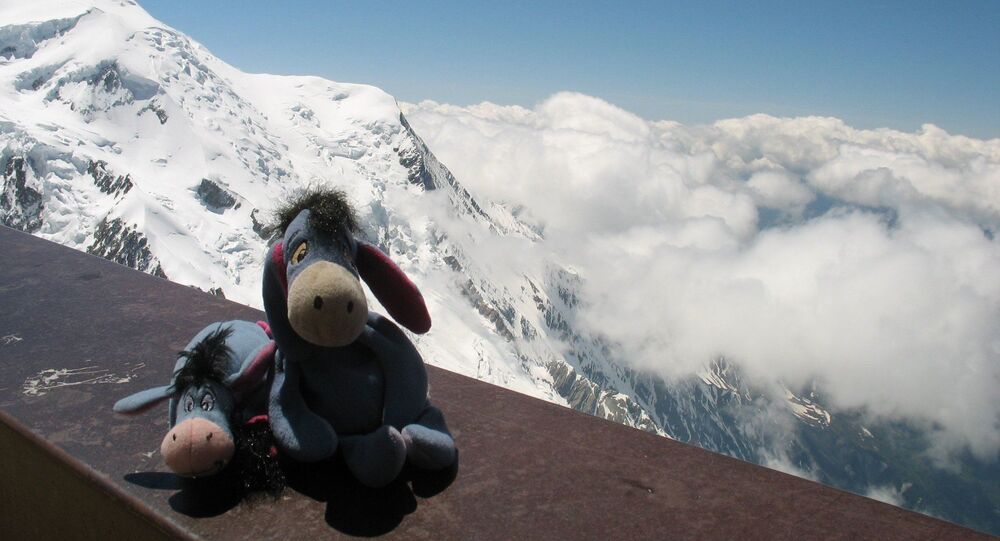 Lift, Not Bulldozer: The Secret of Alps' Creation Tackled by New Scientific Theory

The model produced by scientists also reportedly simulates the occurrence of earthquakes in “the Central Alps, the Swiss Plateau and below the Po Valley”.

A bold new computer model made by researchers at ETH Zurich may offer a new take on how one of the most famous mountain ranges in Europe, the Alps, were formed, SciTechDaily reports.

According to the media outlet, geoscientists have assumed for a long time that the Alps were formed during a collision between the Adriatic plate and the Eurasian plate, when the former "behaved like a bulldozer, thrusting rock material up in front of it into piles that formed the mountains".

But while said concept essentially postulates that the mountains grew higher as the sedimentary basin adjacent to them, the Swiss Molasse Plateau, sank deeper and deeper under their weight, ETH geophysicist Edi Kissling and Fritz Schlunegger now suggest a different mechanism for the mountains' formation.

As the researchers point out, while the trench at the site of the aforementioned Swiss Plateau has "continued to sink and the basin extended further north", the altitude and topography of the Alps have "barely changed" during the past 30 million years, leading them to suggest that the two processes may not actually be connected as was previously assumed.

The ensuing "continent-continent collision with the Adriatic microplate" leads to European "upper, lighter crust" separating from the heavier lithospheric mantle, surging upwards and "literally creating the Alps for the first time" around 30 million years ago.

The model produced by scientists, which Kissling described as "dynamic", and which is reportedly “an excellent way to simulate the uplifting processes” postulated by him and his colleagues, also simulates the occurrence of earthquakes in “the Central Alps, the Swiss Plateau and below the Po Valley".

"Our model is the first earthquake simulator for the Swiss Central Alps," said Luca Dal Zilio, a former doctoral student in ETH geophysics professor Taras Gerya’s group, who teamed up with Kissling to work on that undertaking.