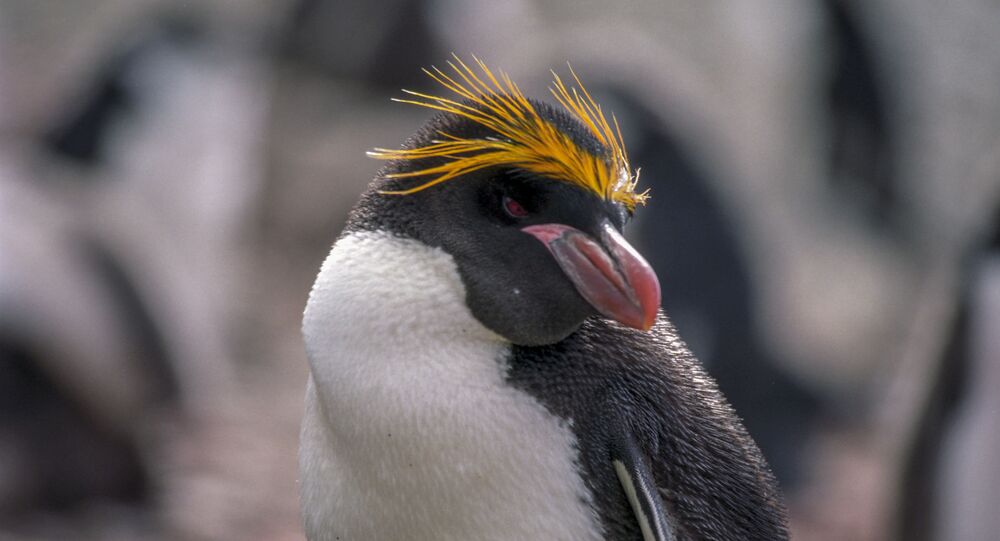 New Zealand holds many secrets – in reality it is just a tiny visible fraction of a 4.9-million-square-kilometre continent which is currently submerged under water. This hidden giant landmass known as Zealandia was once home not only to rainforests and other plants, but even dinosaurs.

An astonishing find on New Zealand’s North Island has offered scientists a crucial link as to how modern penguins emerged, according to a paper shared by the Royal Society.

Researchers now believe that all of these flightless birdies we know today could have originated from Zealandia – the world’s lost continent that went underwater between 50 and 35 million years ago.

This suggestion came from a find of a set of 3-million-year-old fossilized bones – a skull and a wing. The discovery was made by local collectors at a coastal region of Taranaki who then called in local researchers from the Museum of New Zealand Te Papa Tongarewa for help.

© Flickr / GrahamC57
Study Finds Penguin Projectile Poop Has 4.3-Foot Range
Scientists then determined that the fossils belonged to the genus of crested penguins – those with feathery yellow stripes next to their eyes. However, the discovered species were unknown to them, prompting researchers to come up with a name for the new kind - ‘Eudyptes atatu’. There are only about seven known types of crested penguins which still exist on Earth to this day.

According to the study’s leading author Daniel Thomas, a zoologist from Massey University, this find served as an “important clue that New Zealand might have been a biodiversity hotspot for seabirds for millions of years.”

Previously it was believed that crested penguins emerged on the island only around 7,000 years ago.

After analyzing the appearance of the ancient penguin, researchers came to the conclusion that it had a more slender upper beak and potentially a different diet.  By using a software programme, they were able to trace species’ migration patterns and eventually identify New Zealand as “the most likely ancestral area” for all penguins, not only crested or crown ones.

What is more interesting, the research revealed that Eudyptes atatu’s ancestors could thus have wandered around Zealandia about 60 million years ago, while it was still well above water.  There is a chance that these creatures were not so little though, measuring up to 2 metres.