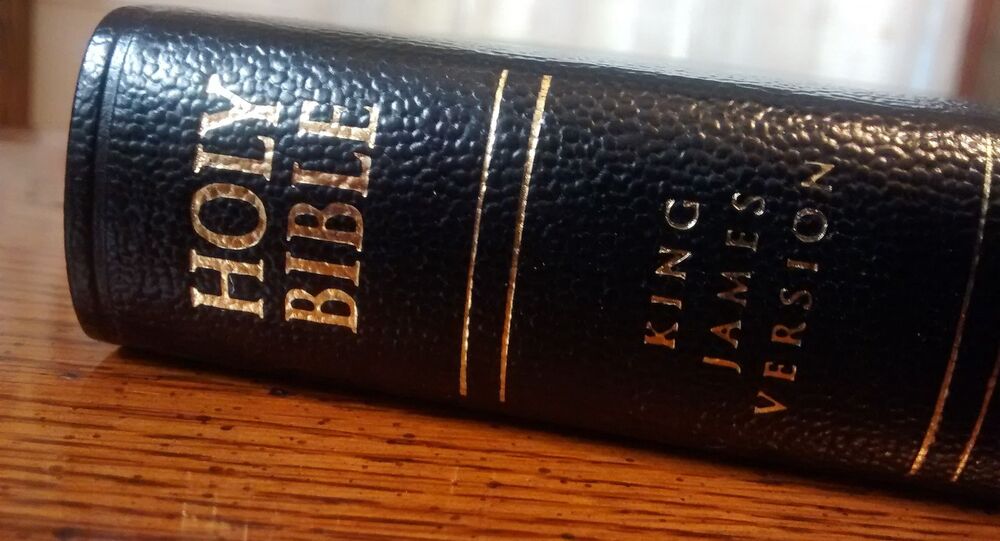 The artefact in question is a seal bearing the name of Hezekiah, the 13th king of Judah whose name is featured in the Old Testament.

An archaeological find made in Jerusalem, linked to a certain king mentioned in the Old Testament, may help validate the Bible's "historical accuracy", the Daily Express reports, citing Professor Tom Meyer, theologian at Shasta Bible College and Graduate School in California.

According to the newspaper, Meyer pointed at the discovery of "a clay bulla or round seal dating to the eighth century BC", during excavations "in the Ophel - the raised area between the City of David and the Temple Mount", with the item in question being "inscribed with the name of its owner: Hezekiah" - the 13th king of Judah, whose reign has been dated to between 715 and 686 BC.

"Other seals bearing Hezekiah's name have been known to archaeologists from the black market, which can sometimes bring their authenticity into question, but this is the first-ever discovery of any Israelite king's seal found during a proper archaeological excavation", the professor remarked.

Such seals, the newspaper notes, were - "in a Biblical context" - often engraved with their owner's name and "other ornate decorations", with Meyer adding that "the Hezekiah seal was at one time inserted into a ring as the depressions around the seal demonstrate".

"The tiny seal, just over a centimetre in diameter, was one of over thirty seals found in the same location, in a refuse dump next to the remains of what was at one time likely a Judean royal administration centre near the Temple Mount", he said. "Like the discovery of the seal of Isaiah the prophet - a contemporary of Hezekiah - Hezekiah's seal was discovered by wet sifting, a form of advanced analysis to separate coarse or abrasive material with high pressured water to perchance discover a small artefact that would have otherwise been encased within a clump of earth and missed by the naked eye".

The scholar also argued that the "wealth of data" discovered in Jerusalem by archaeologists allows one to "measure the Bible’s historical accuracy".

"King Hezekiah really did live in the eighth century BC and really was a contemporary of Isaiah the prophet who together with him strove to persuade the nation of Israel, who walked in darkness, to see the light of YHWH", Meyer surmised.