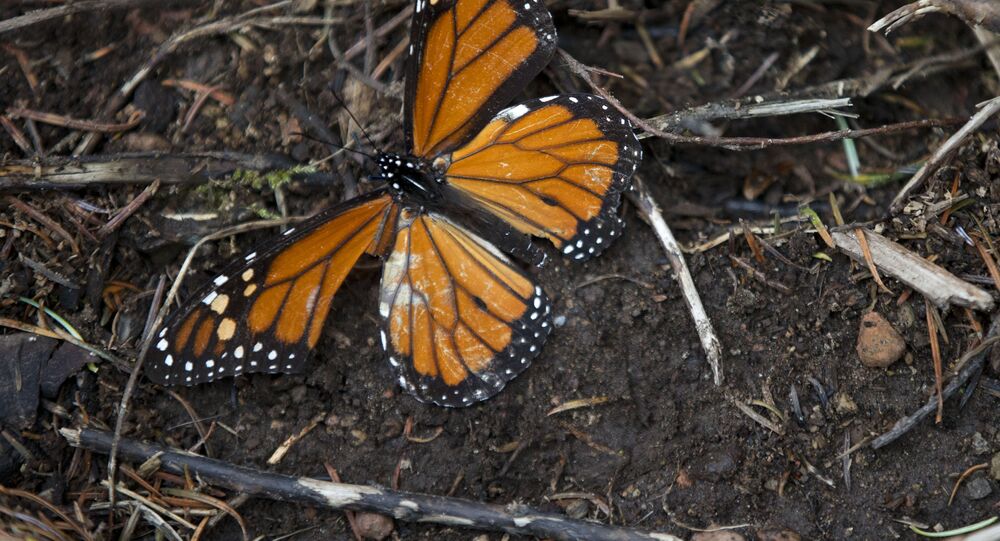 Scientists have long drawn the attention of the international community to the plight of insects, whose numbers have dramatically declined due to numerous reasons, including the use of pesticides. Britain’s leading ecologist has warned that failing to stop the decline in insect populations may have catastrophic consequences for all life on Earth.

Even tiny doses of pesticides can have harrowing consequences on the lives of insects, says a new study conducted by researchers at the University of Melbourne and Baylor College of Medicine. According to the findings of the study, published on 28 September in the journal Proceedings of the National Academy of Sciences, even miniscule amounts (2.5 parts per million) of neonicotinoid imidacloprid disrupt vital functions in insects' bodies, including vision, energy production, movement, and immune system.

"Our research was conducted on one insecticide, but there is evidence that other insecticides cause oxidative stress, so they may have similar impacts. Our findings emphasize the importance of better understanding the mechanisms of action of insecticides, in particular on beneficial insects. Without further research we do not know if other insecticides are any safer", said Professor Philip Batterham from the School of BioSciences and the Bio21 Institute at the University of Melbourne.

Imidacloprid has been banned from use in the European Union over concerns about the impact on honeybees, but in the rest of the world it is one of the top-selling pesticides.

Studies conducted in recent years have shown that the population of insects has seen a drastic decline, with many species facing extinction. Research carried out by an international team of scientists has revealed that the population of land-based insects is declining by 0.92 percent a year – that’s over 9 percent per decade.

The scientists note that the decline in population and extinction will affect all forms of life, as insects act as pollinators, nutrient recycling, are food for other species, and are responsible for pest control and decomposition.

The use of pesticides is not the only cause that is leading to the decline in insect populations. Habitat loss caused by land clearance and climate change as well as the prevalence of artificial light at night also contribute to contribute to the disappearance of insects.