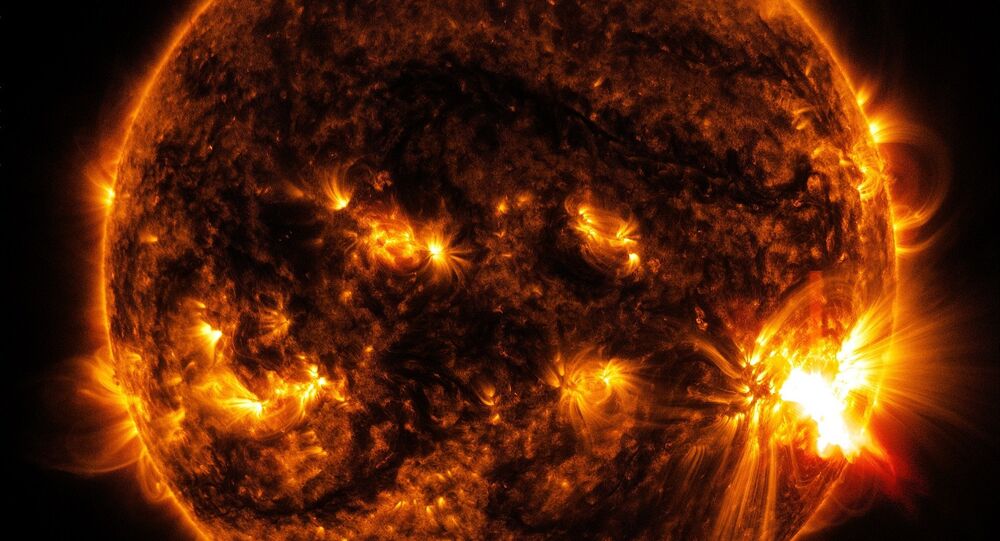 It turns out that the Sun has recently emerged from its minimum as a new 11-year solar cycle begins, Deutsche Welle reports citing a Max Planck scientist named Robert Cameron.

During an interview with the media outlet, Cameron, a member of Solar Cycle 25 Prediction Panel, explained that there are plenty of reasons to study the Sun, as while mankind cannot travel to the sun, the solar material can very well reach us, with high energy particles emitted during solar storms having "an effect on people in space", and with a "large storm" even being capable of damaging "electrical infrastructure on the ground".

He noted that scientists expect the number of auroras, which are the product of disturbances in Earth's magnetosphere caused by solar winds, to increase as solar activity grows, adding that "that's one of the ways we understand the solar cycle".

"The sun is currently entering its 25th numbered cycle. We began observing its cycles systematically before we started numbering them, so it's been over 300 years", Cameron said. "The main difference between the minimum and the maximum in a solar cycle is the number of sunspots we see on the surface. And if you count the number of sunspots, you find they go from a very low number — the minimum, which we've just passed — up to a maximum, where there are many sunspots on the surface at any one time, and then it decreases again".

The scientist also explained the mechanism behind the sunspots' emergence, pointing out how, while the Sun itself rotates just like our planet, the star's equator is rotating faster than the poles.

"Now, at the beginning of a cycle, such as now, at the minimum, we have a simple magnetic field, which goes through the sun, entering from one pole and coming out the other, like a line or a piece of string", Cameron said. "But as the equator rotates faster than the poles, the magnetic field gets wound up — a bit like winding up a clock spring, and after four or five years the sun's magnetic fields become overwound and unstable. An overwound magnetic field will want to break out of the sun and in doing that, it forms sunspots".

The sunspots then break up into smaller elements called faculae and "go to the poles", with it being part of the process that "eventually reverses the direction of the sun's magnetic field, its polarity".

"So, if it was initially north-south, 11 years later it will be south-north. And the whole process repeats itself in every 11-year-cycle", he added.

Finally, Cameron also mentioned what will likely happen in the distant future when the Sun runs out of hydrogen and starts "burning the helium", and what it would mean for our planet.

"That's when the Earth will have big troubles, beyond whatever troubles we have at the moment, because the sun's atmosphere will expand and reach 1AU", he said, with one AU (astronomical unit) being the average distance between Earth and the Sun. "But that's 4 billion years away. And the sun's magnetic field has no role in that process”.