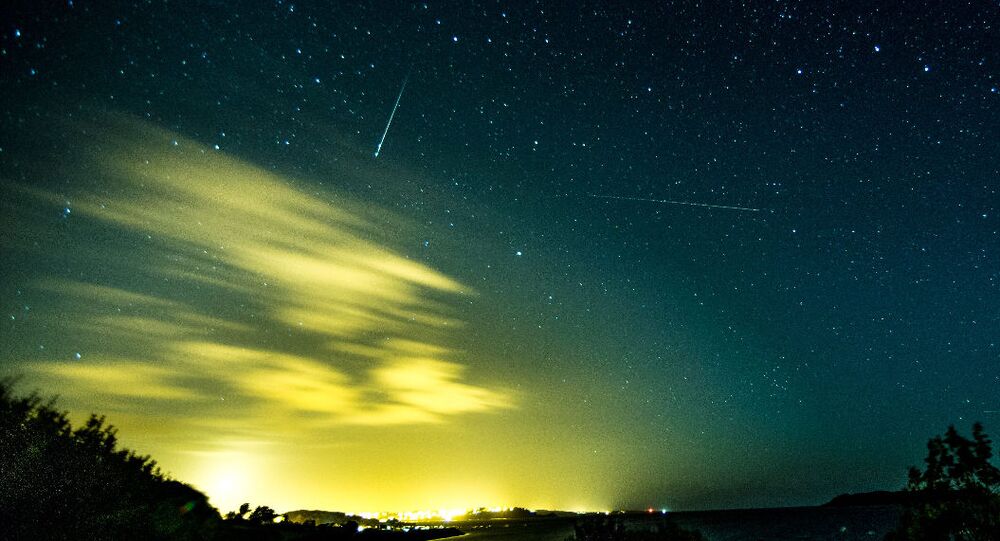 Potential signs of life on Venus were earlier discovered in a groundbreaking study carried out by an international collaboration of researchers after traces of phosphine were spotted in the planet’s yellow clouds.

A meteor that zoomed past planet Earth may have brought life to Venus, according to new research.

Harvard scientists involved in the study, Transfer of Life Between Earth and Venus with Planet-Grazing Asteroids, claim at least 10,000 microbial colonies, gathered up from the atmosphere when a meteor skimmed our planet in 2017, have collided with the distant celestial object which has now been pegged as potentially supporting life.

Earlier research, published 14 September in the journal Nature Astronomy, made the stunning revelation that traces of potential biosignature gas phosphine were detected in the clouds of Venus, hinting that the planet could support life.

The new study, available in preprint at arXiv.org., has now suggested that the compounds may have originated from Earth, as the Harvard University team, led by Amir Siraj and Avi Loeb, ran the Earth-grazing numbers again, but this time with Venus as the destination for potentially transferred microbes.

Back in 2017 a roughly 12-inch-wide (30 centimeters) meteor weighing 132-lb (60 kilograms) grazed the atmosphere of our planet over Australia for 90 seconds, travelling at a speed of over 35,000 miles per hour before continuing its journey deep into space.

The Harvard study suggests this meteor could have enabled the hardy microbes to “hitchhike” from our world to Venus.

The team believes that over the last 3.7 billion years at least 600,000 rocks that dipped into Earth's upper atmosphere spent under 100,000 years in deep space before possibly colliding with Venus.

Numbers are suggested as being the same in the opposite direction, suggesting that life could have potentially been delivered to Earth via Venus-grazing rocks.

Siraj, a Harvard undergraduate student, and Loeb, who heads the university's astronomy department, note that although the abundance of terrestrial life in the upper atmosphere is unknown, “planet-grazing shepherds could have potentially been capable of transferring microbial life between the atmospheres of Earth and Venus.”

Loeb has long been a proponent of the idea known as panspermia, suggesting that life could jump from world to world.

Previous research established that life can be found up to an altitude of 43 miles from the surface of the planet, while Earth-grazing asteroids can dip 52 miles without undergoing the level of heating that might destroy any life it gathered.

“As a result, the origin of possible Venusian life may be fundamentally indistinguishable from that of terrestrial life,” claims the study, adding however, that further work is needed to investigate the existence and abundance of microbial life in the upper atmosphere.

“A future probe that could sample the habitable cloud deck of Venus will potentially enable the direct discovery of microbial life outside of Earth”, the team writes.

On September 14, researchers announced that planet Venus has traces of the biosignatures gas, which is not so much robust evidence for alien microbial life, as indication that potentially unknown geological or chemical processes are occurring on the planet.

​After observed Venus using both the James Clerk Maxwell Telescope at Hawaii's Mauna Kea Observatory and the Atacama Large Millimeter/submillimeter Array in Chile, astronomers at Wales' Cardiff University and their colleagues detected a so-called spectral signature that is unique to phosphine. They estimated that the gas is present in Venus' clouds in an abundance of around 20 parts-per-billion.

However, they were unable to determine exactly what is the source of the detected trace quantities of the gas.
Further observations and modelling will be needed, they added, pinning hopes on a spacecraft with the intended destination of Mercury that is expected to make a close flyby of Venus in mid-October.

The spacecraft - BepiColombo - is part of a joint international project between the European Space Agency (ESA) and the Japan Aerospace Exploration Agency, tasked to study Mercury’s composition, geophysics, atmosphere, magnetosphere and overall history.

Since launch I've already covered 1.5 billion km, but that's nothing compared to the 9 billion km I will have covered before I can start my #science mission at #Mercury in 2026. Read this article on why it takes so long to get there:https://t.co/LJiZI5P6ix #longread #BepiColombo pic.twitter.com/H7K8eICE2N

​The space mission will be able to give officials further insight into Venus, since the craft will have to conduct two Venus flybys to use the planet’s gravitational pull to curb its speed before heading to Mercury.