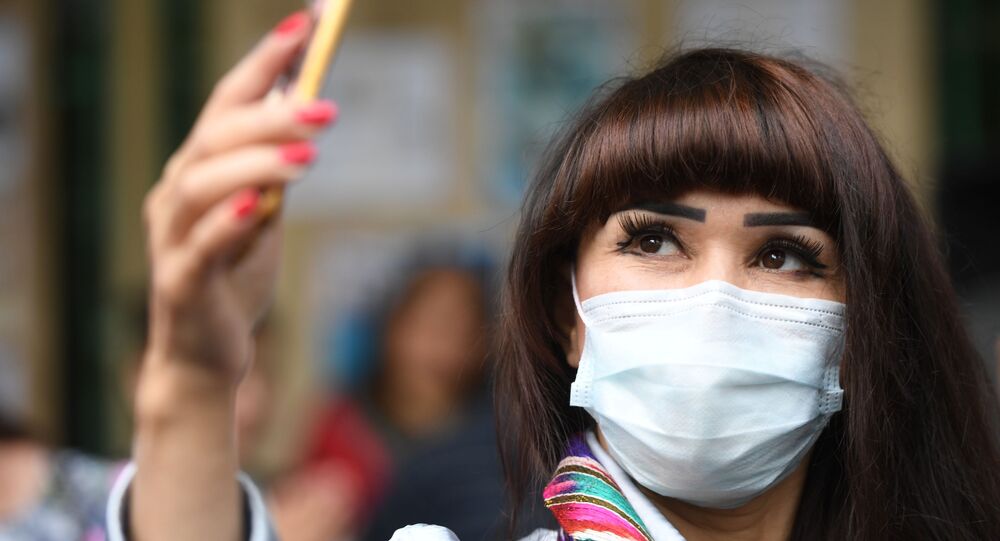 Russian Scientists Create Device to Detect Any Virus in the Air

Researchers at the National Research Nuclear University MEPhI (NRNU MEPhI) have created a highly sensitive sensor which is able to detect any virus in the air, even at the lowest concentration.

The device is several times more compact and more accurate than its analogues, which makes it the optimal tool for carrying out express diagnostics in crowded places, the university’s press service said.

During official trials, NRNU MEPhI-developed Trigger-BIO detector has shown a record level of sensitivity: it identified a pathogen in the air at a concentration of only 10-20 particles per litre in 1-2 seconds.

According to the researchers, the highly precise device separates pollutants and identifies biogenic aerosols of any type, including viruses, bacteria and bacterial toxins. NRNU MEPhI scientists believe the device will help carry out continuous screening on transport and in crowded places, as well as help secure civil and military facilities.

“The device detects and identifies biopathogens through analysing the fluorescence of tryptophan and nicotinamide adeninucleotide, the two main bioaerosol fluorophores. The detector carries out the sample’s spectral analysis, pumping air through the sample flow path and exciting it with the LED radiation at wavelengths of 280 and 365 nm,” Gennady Kotkovskiy, associate professor at Institute of Nanoengineering in Electronics, Spintronics and Photonics at NRNU MEPhI, explained.

The air sample flow speed is 27 litres per minute. According to scientists, the airflow’s speed and volume makes it possible to record fluorescence signals from each bioaerosol particle falling into the focus of the exciting radiation.

“The analysis is carried out in three spectral ranges, as well as in the light-scattering channel, which allows to isolate inorganic impurities. In the photon counting mode, correlation analysis generates a signal from each irradiated particle, which is compared with pathogen samples in the device’s memory,” Gennady Kotkovskiy said.

According to NRNU MEPhI scientists, what’s special about the new device is that it uses two excitation sources at the same time, decreasing the detection threshold and increasing identification accuracy. A single photon-counting method has been used in a device of this type for the first time in Russia. According to researchers, this increases the device’s sensitivity at least 10-fold.

NRNU MEPhI scientists noted that Trigger-BIO is several times more compact and lighter than existing analogues, weighing only five kilos when powered from the mains and six and a half kilos in stand-alone mode.

The device was developed under a contract with the Russian Ministry of Health; its testing was carried out at Gamaleya Research Institute of Epidemiology and Microbiology.

The scientists are currently moving to field pilot operation phase. They have also start compiling a database of biopathogens’ spectral traces to effectively identify them.