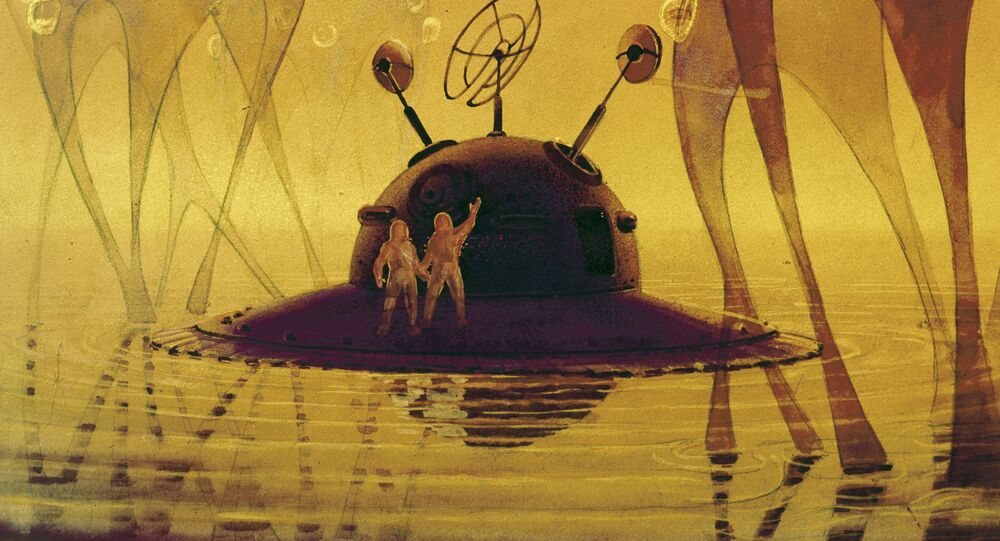 As one of the world’s major space powers, Russia has done its part helping humanity search for extraterrestrial life, recently beginning the construction of a powerful telescope capable of searching for signals coming from distant alien civilisations.

Russian cosmonauts have not been given any special instructions when it comes to greeting aliens, but would try to do so in a diplomatic matter, cosmonaut Sergei Kud-Sverchkov has said.

Kud-Sverchkov will join mission commander Sergei Ryzhikov in Expedition 64 to the International Space Station in October as a flight engineer.  This will be his first flight to space.

The Soyuz MS-17 spacecraft will carry the two Russian cosmonauts and NASA astronaut Kathleen Rubins to the ISS aboard a Soyuz-2.1a carrier rocket blasting off from the Baikonur Cosmodrome in Kazakhstan on October 14, with the spacecraft expected to reach its destination in a record 3 hours, 20 minutes.

© Sputnik / Yuzhny SC / Roscosmos
Launch of the 'Soyuz-2.1a' rocket carrier with the 'Soyuz MS-16' capsule carrying the ISS-63 crew from the Baikonur cosmodrome.

Kud-Sverchkov says a knitted cosmonaut doll named Yuri will become the mascot for Expedition 64, with the doll knitted by his wife, and named after Yuri Gagarin, the first human being in space.

Mission commander Ryzhikov told reporters that he would take with him a miniaturized Gospels, as well as a handful of Russian soil and stones from Mount Tabor, which Christians believe was the site of the transfiguration of Jesus following his resurrection.

For her part, NASA astronaut Kathleen Rubins said her plans include work collecting thousands of microbial samples inside the space station, and revealed that she plans to vote in the US presidential election from aboard the ISS.

Ryzhikov, Kud-Sverchkov and Rubins will be joined by three more NASA astronauts and a Japanese astronaut, who will make their way to the ISS in a SpaceX Crew Dragon capsule shortly after the Soyuz craft’s arrival. The mission will last until April 2021. Mission plans include work to activate the Bartolomeo scientific platform outside the European Space Agency’s Columbus lab module.

Kud-Sverchkov’s comments on whether there are any special directives for greeting extraterrestrials aren’t the first time a Russian cosmonaut has commented on the matter. In 2012, veteran cosmonaut Gennady Padalka told Chinese media that “detailed instructions” had been created at the United Nations “in case of first contact.” He added at the time that “sooner or later we will meet our like-minded brothers” from another planet.

Russian scientists have joined those from other countries in the search for extraterrestrial life, making plans to launch multiple new scientific missions to the Moon, Mars and Venus, and, earlier this year, announcing the construction of a high-powered telescope that can be used to search for signals from extraterrestrial civilizations transmitted in the optical spectrum.