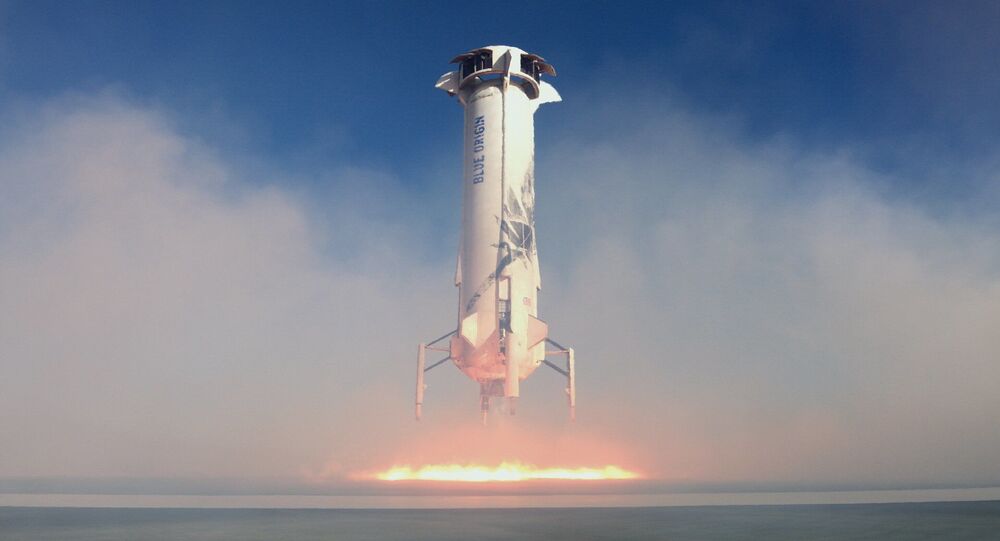 On 18 August, the Elon Musk-owned SpaceX company pushed the boundaries for rocket recycling further after landing the booster of its Falcon 9 craft for the sixth time, matching Blue Origin’s world record for reusing its New Shepard rocket.

Jeff Bezos’ private spaceflight company Blue Origin is expected to launch its reusable suborbital New Shepard rocket booster in a new mission on Thursday, which will mark the seventh time the same craft has been sent into space - a world record for rocket reuse.

“This is the first of two flights to test these lunar landing technologies, increasing confidence for successful missions in the Artemis program. NS-13 is part of the risk reduction process to test these types of sensors for future missions,” Blue Origin said in a news release.

We've developed @NASA_Technology to help spacecraft make precise landings on the Moon, and on other worlds.

On Thurs., Sept. 24, we're testing this new sensor suite on a @BlueOrigin suborbital launch. Liftoff is targeted for 11am ET. How to watch: https://t.co/4PTuXKq2VF pic.twitter.com/LdU9M9ntts

Alongside the payloads, Blue Origin said that the NS-13 flight will carry “tens of thousands of postcards from students around the world” created for the company’s nonprofit Club for the Future.

On #NewShepard NS-13 the capsule will also carry tens of thousands of postcards from students around the world created for our nonprofit @clubforfuture. Some of the postcards flying will get a special @NASA #Artemis stamp to inspire students about the gift of the 🌕. pic.twitter.com/R0Cbto88vY

If launch and landing of the NS-13 is successful, Blue Origin will surpass rival SpaceX in reusing a single rocket, as the latter has reached Blue Origin’s record after a Falcon 9 completed its sixth flight to space on 18 August.