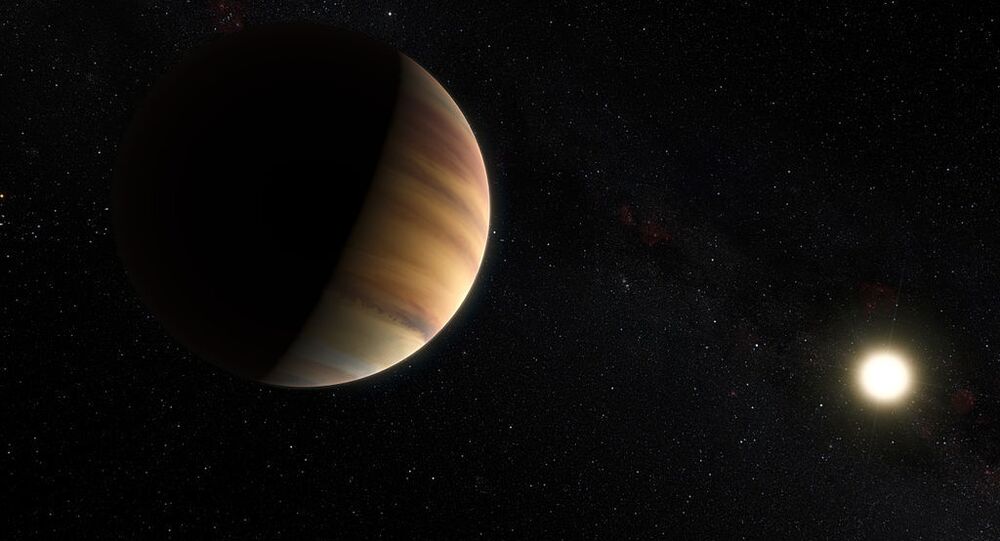 The newly found superhot intermediate-sized exoplanet is hoped will make an ideal “laboratory” for studying a plethora of other planets’ chemistries.

Astronomers have stumbled upon a hitherto unknown alien body - the first ever confirmed “ultrahot Neptune", a giant planet that orbits around its star at a distance 60 times closer than Earth orbits the Sun, a new study published in the journal Nature Astronomy has it.

The bright star that it orbits is located about 260 light-years from Earth and was analysed with the help of NASA's Transiting Exoplanet Survey Satellite (TESS). Other telescopes involved in subsequent observations helped confirm the existence of an exoplanet in close proximity to it - LTT 9779 b, which is about 4.7 times wider than Earth and 29 times our planet’s mass.

LTT 9779 b was found to be whizzing around its star about every 19 hours, orbiting some 23 times closer than Mercury, the planet closest to our Sun, does the star. Due to the proximity to its star, temperatures on its surface may reach up to 3,100 degrees Fahrenheit (1,700 degrees Celsius).

A team led by James Jenkins, an astronomer at the University of Chile in Las Condes, argued that the newly spotted exoplanet was not just a hot Neptune, but an ultrahot one. This essentially means that its atmosphere "can be very different from just 'hot' planets", Jenkins said, "making them exciting laboratories to study the chemistries of planets". LTT 9779 b’s excessively hot atmosphere was found to be able to break down molecules and ionise metals it has in its purportedly thick atmosphere, consisting of hydrogen and helium enveloping a solid core.

Jenkins assumed that one possible explanation for this ultrahot Neptune's thick atmosphere "is that the planet was originally much larger, maybe a gas giant like Jupiter, that migrated too close to the star". If it really is the case, the star's gravity would have stripped the exoplanet of much of its atmosphere. After it lost much of its mass, this alien world might have moved slightly farther away from the Sun-like star, ending up with a Neptune-like mass, he said.