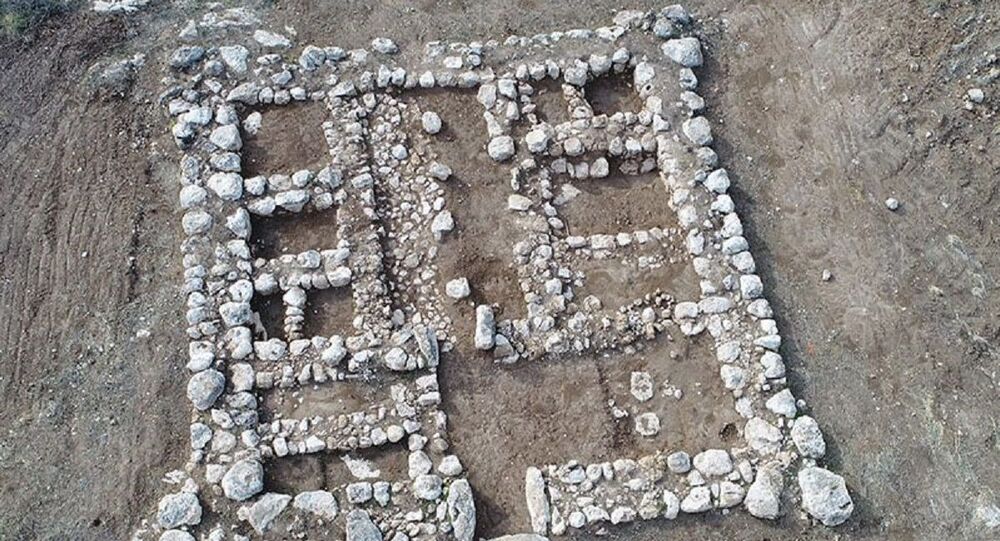 Newly-Found Fortress in Israel From Biblical Times Was Built to Keep Out Philistines, Scientists Say

It is understood that the stronghold was built by either the ancient Egyptians or the allied tribes of Canaanites at a time of geopolitical turbulence in the Middle East.

Israeli archaeologists have discovered a 3,200-year-old fortress which was built to defend the region from the newly-arrived Philistines.

The square fort measures 18 by 18 meters and was excavated about 70 kilometres south of Jerusalem. It was named Galon Fortress after the nearby kibbutz.

The stone structure was fitted with watchtowers in the four corners. There were rooms found on both sides of a courtyard paved with stone slabs and columns in the middle.

Archaeologists found in the rooms hundreds of pottery vessels, some of which remained intact. Among the items were a bowls cup thought to have been used for worship.

The stone fortress overlooked an ancient road that went along the Guvrin river and connected the coastal plain and the Judean plains.

According to Israel Antiquities Authorites (IAA), which unearthed the site with the help of students and volunteers, the fortress dates back to 12th century BC, the time of near-simultaneous decline of several prominent civilisations known as the Late Bronze Age collapse.

“It seems that Galon fortress was built as a Canaanite/Egyptian attempt to cope with the new geopolitical situation,” IAA researchers Saar Ganor and Itamar Weissbein said in a press release.

The region, Canaan, was ruled by Egyptians at the time. However, the arrival of the Philistines, who settled in a pocket of land between modern Tel Aviv and Gaza, led to serious tension in that area.

The Philistines engaged in bitter territorial disputes with the tribes of Israelites and Egypt’s allies, Canaanites, according to Biblical and Egyptian accounts.

The Pharaohs were forced to withdraw from Canaan in the middle of the 12th century BC, leaving many Canaanite cities undefended against the Philistines.

“Galon fortress provides a fascinating glimpse into the story of a relatively unknown period in the history of the country and it provides a touristic and experiential attraction for visitors,” said Talila Lifshitz from the Jewish National Fund.

The fortress will be open to the public free of charge.