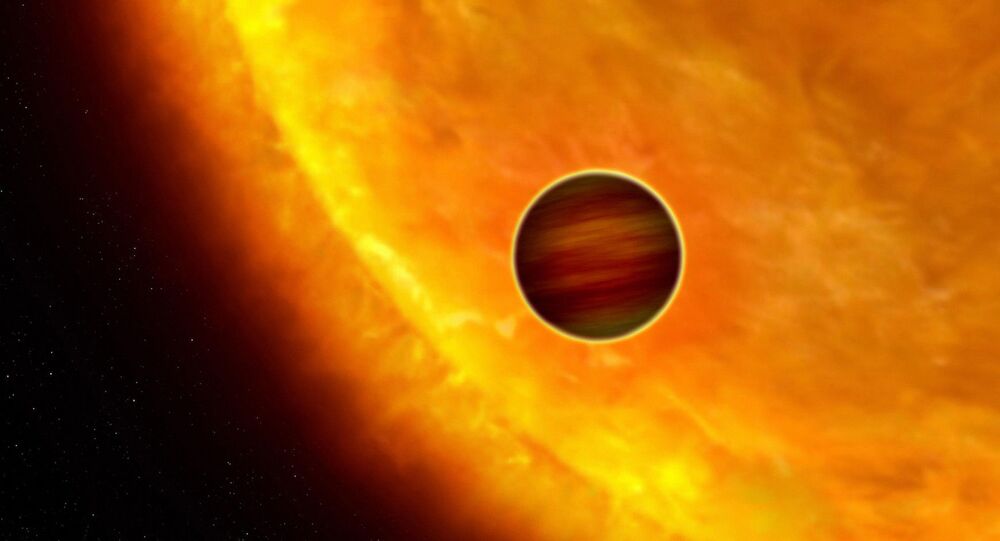 'So Different From Ours': Life Can Evolve & Thrive Within Stars, New Study Says

The hypothetical lifeforms in question may, in theory, develop intelligence and even find a way to explore the cosmos, one of the study authors suggested.

While scientists continue to ponder whether life exists on distant planets, a new research makes a surprising suggestion about where some lifeforms may thrive, Science Alert reports.

According to the media outlet, physicists Luis Anchordoqui and Eugene Chudnovsky of The City University of New York postulate that certain species can potentially evolve and replicate within stars themselves.

The researchers argue that one-dimensional linear objects known as cosmic strings and elementary particles with only one magnetic pole known as monopoles may combine to form stable "one-, two-, and even three-dimensional structures", as the media outlet puts it, with their more complex varieties being potentially capable of carrying information and replicating, "feeding off the fusion energy generated by the star".

"Compared to the lifetime of a star, its lifetime is an instantaneous spark of light in the dark. What is important is that such a spark manages to produce more sparks before it fades away, thus providing a long lifespan of the species," the scientists state. "The complexity evolving through mutations and natural selection increases with the number of generations passed. Consequently, if lifetimes of self-replicating nuclear species are as short as lifetimes of many unstable composite nuclear objects are, they can quickly evolve toward enormous complexity."

Chudnovsky also suggested that these hypothetical lifeforms might also develop intelligence, adding that "since they would be evolving very fast, they could find a way to explore the cosmos beyond their star", and that "maybe we should look for their presence in space."

"It is a fascinating thought that the Universe may be packed with intelligent life that is so different from ours that we failed to recognize its existence," he remarked.