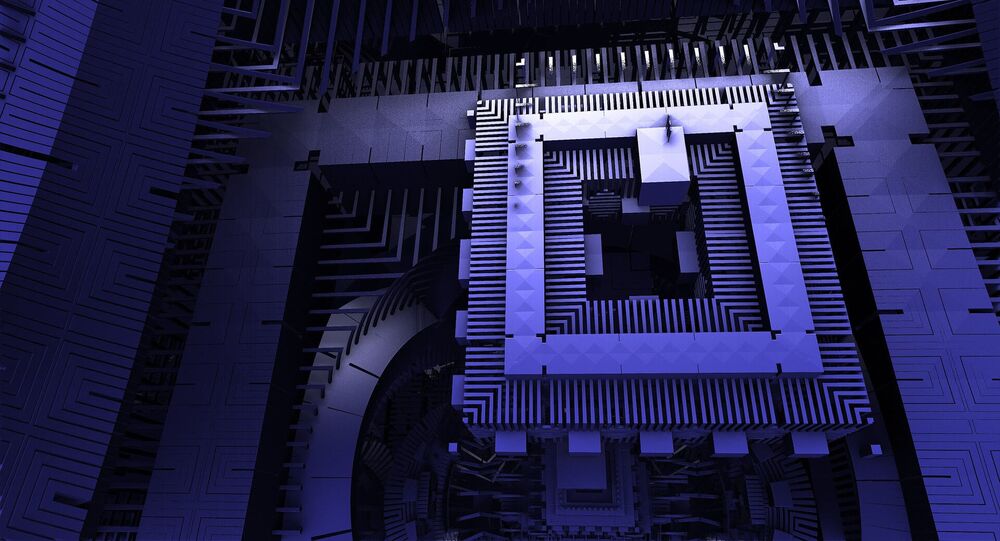 Scientists at the National Research Nuclear University MEPhI (NRNU MEPhI) have been the first to demonstrate an increase in quantum dots’ intensity and emission rate. According to the authors of the study, the development can help solve one of the key problems in creating a quantum computer and elevate biomedical monitoring to a new level.

The research results were published in the highly rated Optics Express journal.

Quantum dots are low-dimensional fluorescent nanostructures, which offer promise in the field of light-matter interaction. They are capable of absorbing a wide range of light, and emitting light in a narrow range of wavelengths, which depends on the size of the nanocrystal; that is, one or another quantum dot glows with a certain colour. These properties make quantum dots almost perfect for the ultrasensitive multi-color registration of biological objects, as well as for medical diagnostics.

Quantum dots can be used in a wide range of areas, from lighting devices and solar panels to qubits for quantum computing. They are better than traditional phosphors in terms of photostability and brightness. Quantum dot displays can provide much higher brightness, contrast and lower power consumption than other technologies.

Researchers at the Laboratory of Nano-Bioengineering (LNBE) of the Institute of Engineering Physics for Biomedicine, NRNU MEPhI, have been the first to demonstrate an increase in both the intensity and spontaneous emission rate of semiconductor quantum dots in porous silicon-based photonic structures.

The study results represent a new approach to controlling spontaneous luminescence emission by changing the local electromagnetic environment of phosphors in a porous matrix, which opens up prospects for new applications in biosensing, optoelectronics, cryptography, and quantum computing.

First of all, the new systems can serve as a basis for compact fluorescent biosensors in the form of enzyme-linked immunosorbent assay, widespread in clinical practice. Using quantum dots with photonic crystal enhanced fluorescence will significantly increase the analysis sensitivity, making possible early disease detection, when the number of disease biomarkers in the patient’s blood is low. It will also facilitate patient treatment monitoring.

Moreover, the development can serve as the basis for a new element base for optical computers or cryptographic systems, replacing bulky sources of single photons or optical logic elements. In addition to compactness and simplicity, using the new systems in this area will allow for the solving of one of the industry’s key problems: the on-demand production of single or quantum entangled photons, which is almost impossible today.

Entangled photons – a pair of particles in correlated quantum states – play a key role in modern physics. Without entangled pairs, it is almost impossible to implement quantum communication and quantum teleportation, as well as build quantum computers connected to the quantum Internet. If the quantum computer is created, the principles of a whole range of areas – molecular modelling, cryptography, artificial intelligence – could change completely.

NRNU MEPhI scientists have managed to obtain the result due to using deep oxidation of photonic crystals, which made it possible to suppress luminescence quenching, as well as to reduce the energy loss for absorption.

“To enhance the luminescence of such structures, various methods are used, among which using photonic crystals is of particular interest. Periodic variations in the photonic crystal’s refractive index make it possible to achieve a local increase in photonic states density, due to which the phosphors’ intensity and spontaneous emission rate increase is observed,” Pavel Samokhvalov, a researcher at LNBE NRNU MEPhI, said.

To manufacture photonic crystals, porous silicon is widely used, which is quite different from other materials due to the possibility to accurately control the refractive index, ease of manufacture, and sorption capacity.

However, until now, the researchers have failed to increase the phosphors’ radiative relaxation rate in porous silicon photonic crystals due to significant luminescence quenching upon contact with the silicon surface.