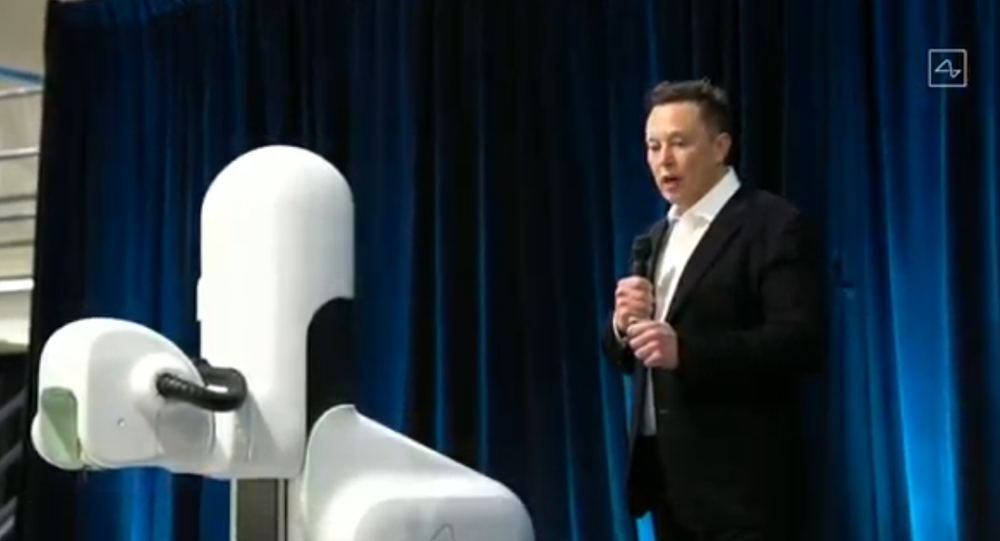 Industrialist Elon Musk unveiled his Neuralink "Link" brain implant on Friday, saying it could solve a range of neurological and spinal problems.

Musk unveiled the brain implant his company Neuralink has been working on for years, saying it could solve a variety of brain disorders, neurological problems and spinal injuries, ranging from memory loss to depression and blindness.

“An implantable device can actually solve these problems," Musk said at the demonstration. While current medical research has already demonstrated that the neurons in someone's brain can be read, the existing technology is limited and cumbersome.

Here's where Neuralink looks like today. Musk: "Like a Fitbit in your head with tiny wires." pic.twitter.com/0kyBSAtbOh

​By contrast, the Link device Musk unveiled is about the size of a coin and fits flush against the person's head, requiring a small bit of skull to be removed, and the electrodes extend down into the brain. Musk said it was like "a Fitbit in your skull with tiny wires."

While the existing Utah Array can only read 100 neuron channels, Neuralink's "Link" can read more than 1,000 channels.

Wow, Musk says you could get one surgically installed in an hour. A robot need to do it. #Neuralink pic.twitter.com/KAe7XCxGhb

​He said the device has "all the features you’d expect in a smart watch," including health monitoring. Like a smart watch or phone, the Link is charged inductively. The person it's implanted into takes it out at night and charges it and have "full functionality" the next day.

Musk even said you could use the Link to command your Tesla car's autopilot, and that it was "100%" likely the device could one day be used for gaming.

Musk said the device can be installed by an outpatient procedure, but requires a "great robot" that can place the electrodes so precisely that they don't strike blood vessels inside the brain.

The functioning of the device was demonstrated at the event using several pigs that have received the implants, but the company has not yet begun human trials, having received a US Food and Drug Administration "breakthrough device" designation in July.

So Neuralink implants are sensors that can track all sorts of brain activity pic.twitter.com/M2zJLJqpSz

Part of the pig demonstration included one pig that had received the implant, but then had it removed, which demonstrated that it could be safely removed and "upgraded" when newer, better versions come out.​

Musk said one of the major remaining problems is preventing corrosion so the device can be used for decades.