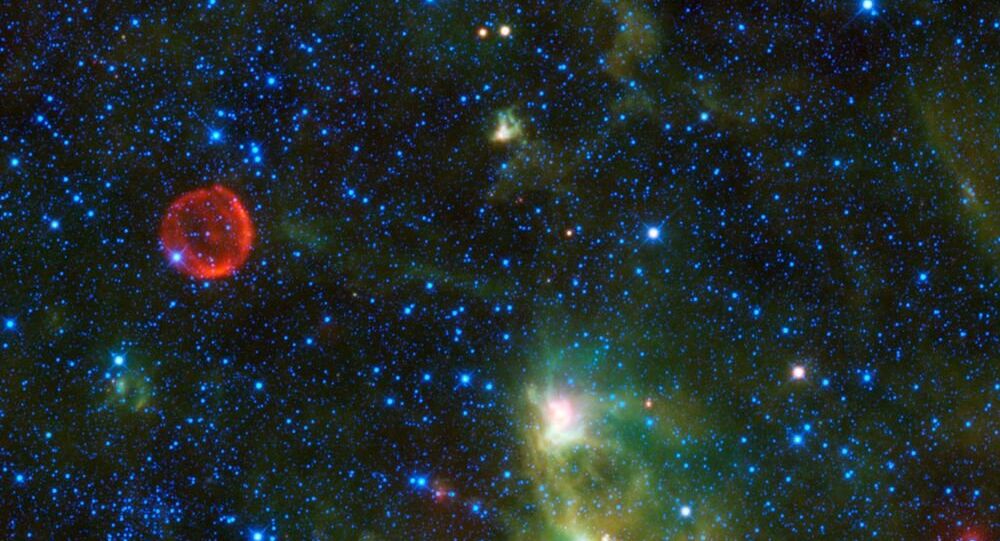 The lead author of the new study specifically noted that there are “no threatening supernova candidates” anywhere near the “minimum safe distance” of our planet.

A mass extinction event that resulted in about 70 percent of Earth's invertebrate species being wiped out during late Devonian period, about 358 million years ago, may have been caused by a cataclysmic event somewhere in deep space, far from our planet, Live Science reports.

According to the media outlet, a new study points at clues left in fossilized plant spores that date back to the boundary of the Devonian and the Carboniferous periods, and which display signs of UV light damage, suggesting that something caused a long-term disruption of Earth's ozone layer at that time.

And since evidence in the geologic record at the time period in question apparently “couldn't clearly link the ozone depletion” to some Earth-born calamity, like volcanic activity or climate change, a new study now proposes that one or more supernova explosions within 65 light-years of our planet might've caused this change.

As the media outlet notes, the UV light, X- and gamma rays emitted by a star when it goes supernova located sufficiently close to Earth can “shred the ozone layer”, exposing life on the surface to “unfiltered” solar radiation.

But while the new study's lead author Brian Fields, a professor in the Department of Astronomy at the University of Illinois Urbana-Champaign, noted that this damage is relatively short-lived and “after a decade, Earth restores its ozone", he also told the media outlet in an email that this is but a first stage of the damage a close-enough supernova can inflict.

"Later, the supernova blast slams into the solar system. The blast acts as a particle accelerator, and the Earth is bathed with an intense rain of high-energy particles," Fields said. "These will damage life, and the cosmic rays will linger for many thousands of years, up to 100,000 years".

The scientist also said that he is "pleased to report that no threatening supernova candidates are anywhere near the 'minimum safe distance'."