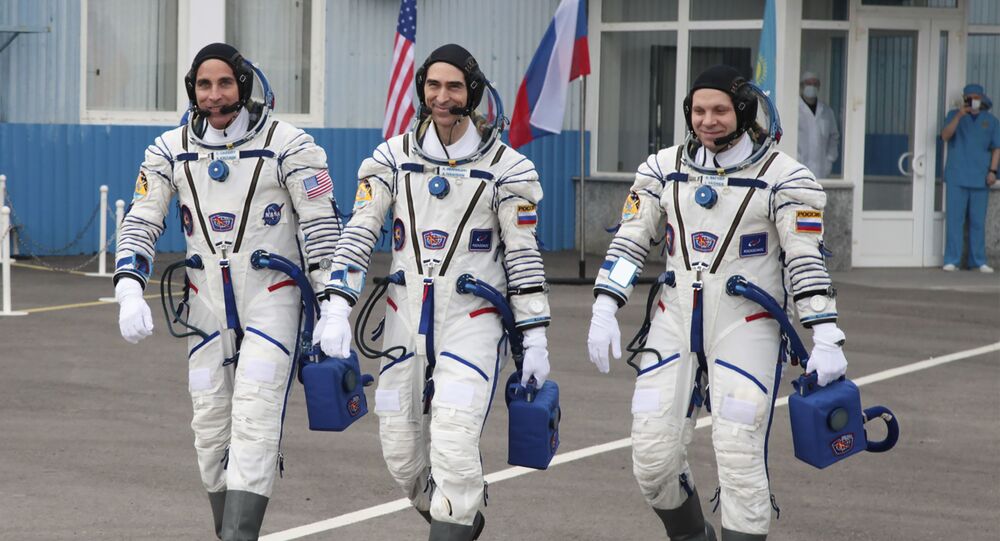 Roscosmos and Mission Control Centre's specialists will monitor the pressure in the closed modules to determine the possible location of an atmospheric leak.

"On Monday morning, 24 August, there will be a discussion on the results of the work, based on which a further action plan will be determined", Roscosmos stressed.

The Russian ISS segment consists of five modules — Zarya, Pirs, Poisk, Rassvet, and Zvezda, the latter being the one where the crew is currently self-isolated.

Earlier in the day, the agency said that an inspection of pressure in Russia's Rassvet and Pirs modules at the International Space Station, launched after a suspected leak of oxygen in one of the US modules, has found no traces of air leakage.

According to NASA, the leakage was first detected back in September of last year, but its intensity increased only recently. Works were launched to find the source and the preliminary findings are expected to come by late next week.