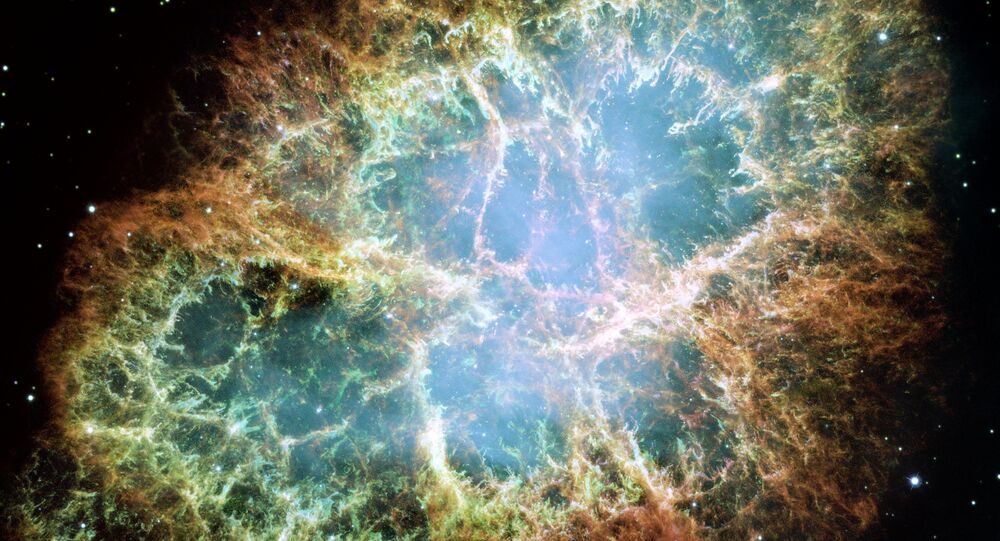 The extinction event in question occurred at the turn of the Devonian and Carboniferous periods 359 million years ago. Fifty percent of all genera and 19 percent of families of were wiped out as result of the catastrophic event.

A supernova explosion, which occurs during the last evolutionary stages of massive stars, may have caused a mass extinction event on Earth 350 million years ago, according to a study conduct by scientists from the University of Illinois, Urbana-Champaign. According to the findings of the research published on 18 August in the journal Proceedings of the National Academy of Sciences, scientists examined rocks dating from the Devonian period and found that plant spores were burned by ultraviolet light, which researchers say is evidence of a ozone depletion event.

The latter could also occur due to drastic climate changes or as result of volcanoes, but scientists say the evidence for these causes "is inconclusive" and these events were short lived. Instead, researchers say that the ozone layer depleted due to a supernova or possibly a series of supernovae located approximately 65 light-years away from Earth. Such an event could have damaged the ozone layer with ultraviolet, x-rays, and gamma rays.

At the same time, the scientists note that to confirm their hypothesis they need to find traces of the radioactive isotopes Plutonium-244 and Samarium-146, which do not occur naturally on Earth.

Scientists note that their theory also shows how the cosmos can affect life on Earth. "The overarching message of our study is that life on Earth does not exist in isolation. We are citizens of a larger cosmos, and the cosmos intervenes in our lives often imperceptibly, but sometimes ferociously", said Brian Fields.