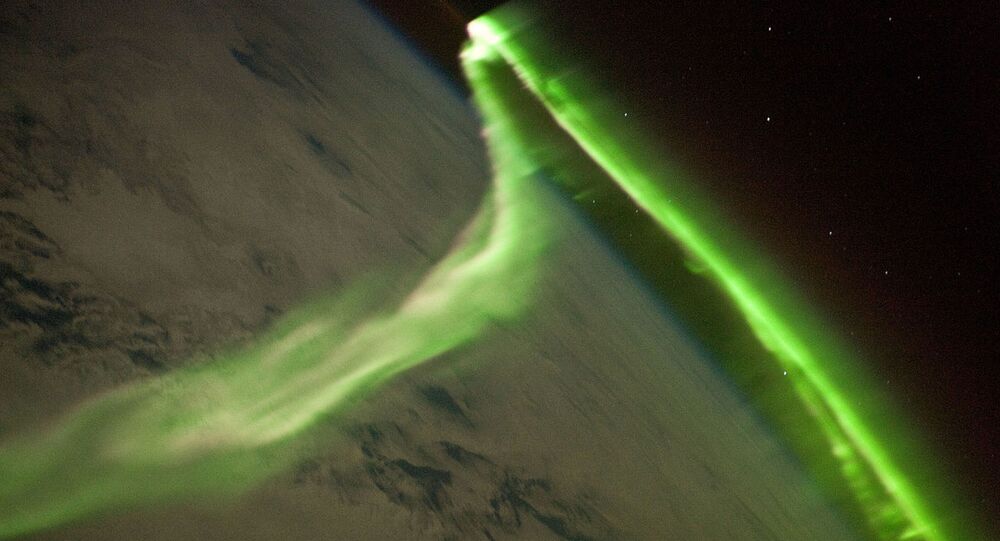 Ivan Vagner joined the ISS crew on 9 April, when a Soyuz MS-19 spacecraft sent him along with fellow cosmonaut Oleg Skripochka as well as NASA’s Andrew Morgan and Jessica Meir to the space oupost.

Russian cosmonaut Ivan Vagner, who is currently woking on board the International Space Station, has shared a video of the aurora over Antarctica which showed several unknown objects flying through outer space.

In the 60-second clip that Vagner posted on his Twitter page on Wednesday, at least five mysterious objects are seen emerging from the dark and slowly moving in space before completely disappearing.

At 9-12 seconds, 5 objects appear flying alongside with the same distance. What do you think those are? Meteors, satellites or…?

P.S. The frames were captured 1 per sec and later assembled in a video with 25 frames per sec rate. Meaning, the real observation time is 52 sec.

"[…] In the video, you will see something else, not only the aurora. At 9-12 seconds, 5 objects appear flying alongside with the same distance. What do you think those are? Meteors, satellites, or…”, the cosmonaut tweeted.

He added that the footage was sent to the management of the Russian space agency Roscosmos as well as to the country’s leading rocket and spacecraft scientific centre TsNIIMash and the Space Research Institute of the Russian Academy of Sciences for "further analysis".

Several Twitter users have, meanwhile, suggested that the "breathtaking" video captured nothing but a new batch of Starlink satellites that were launched by Elon Musk's SpaceX on Tuesday.

I'll guess the objects were part of the Starlink constellation. They were in a string formation.

I'm going to miss your pictures and video's when you back here on earth!

Starlink is the next-generation satellite network capable of providing Earth's inhabitants with broadband internet access. The project's implementation began in February 2018 amid SpaceX’s plans to launch a total of about 12,000 such satellites into outer space.