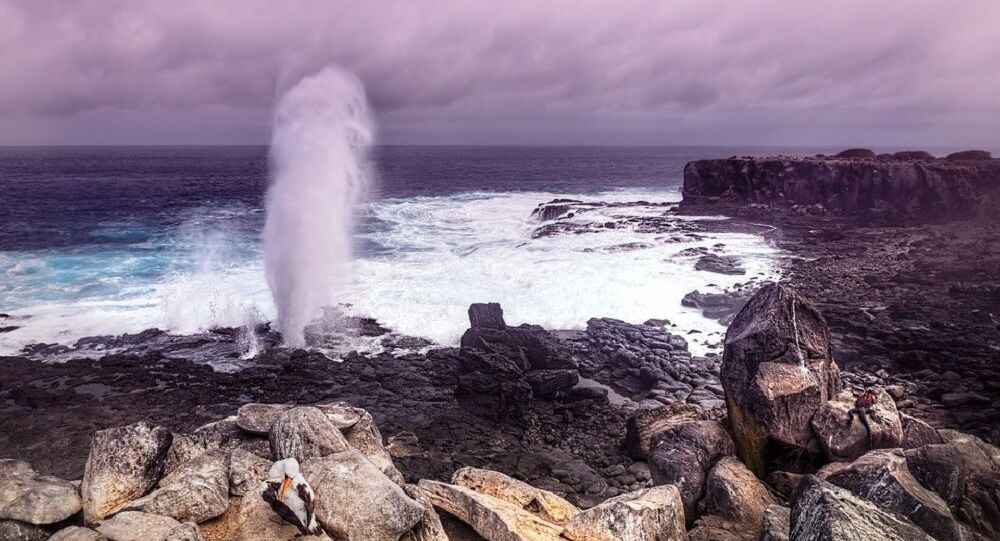 An international team of marine scientists recently announced the discovery of 30 new species of invertebrates that were hidden in the deep waters surrounding Ecuador’s Galapagos National Park.

The new findings, which were published Monday in the journal Scientific Reports, reveal that the new species researchers discovered during deep-sea dives include 10 bamboo corals, four octocorals, four squat-lobsters, one brittle star and 11 sponges.

“These discoveries include the first giant solitary soft coral known for the Tropical Eastern Pacific, a new genus of glass sponge that can grow in colonies of over one meter in width and [home to] colorful sea fans that host a myriad of associated species,” the Charles Darwin Foundation (CDF) said in a statement regarding the findings.

Courtesy of Ocean Exploration Trust/Nautilus Live
Examples of organisms collected and studied by an international team of scientists include a variety of deep-sea of octocorals and sponges.

CDF researchers, in collaboration with the Galapagos National Park Directorate, the Ocean Exploration Trust and a team of deep-sea experts, were able to find the variety of new species by using two state-of-the-art remote operated vehicles (ROVs) named Argus and Hercules during a 10-day period aboard the exploration vessel Nautilus.

An analysis of video recordings captured by the ROVs ultimately determined that between roughly 951 feet and 11,066 feet below the surface of the water, “multiple fragile habitats, such as glass sponge gardens, coral gardens and cold-water coral colonies” were hidden, researchers said in their Monday release.

“The deep sea remains as Earth’s last frontier and this study provides a sneak-peak into the least known communities of the Galapagos Islands,” Pelayo Salinas de León, lead study researcher and senior marine scientist at the CDF, said in a statement accompanying the release.

“These pristine seamounts are within the Galapagos Marine Reserve and are protected from destructive human practices such as fishing with bottom trawls or deep-sea mining that are known to have catastrophic impacts upon fragile communities. Now it is our responsibility to make sure they remain pristine for the generations to come.”

As explained by the US National Oceanic and Atmospheric Administration (NOAA), seamounts are undersea mountains that were formed by volcanic activity. Seamounts are known to provide a variety of nutrients to coral communities, as well as to fish and crustaceans.

Both ROVs were deployed to three steep-sided seamounts located near the Galapagos archipelago’s Darwin and Wolf islands, an area which happens to be home to the world’s largest shark population.

Courtesy of Ocean Exploration Trust/Nautilius Live
ROV Hercules is launched to explore the deep sea around the Galapagos Islands.

The latest scientific finds come as Ecuadorian officials have been raising alarms over the presence of Chinese fishing vessels near the protected waters of the Galapagos. The archipelago itself sits some 620 miles off Ecuador’s coast.

Most recently, the Ecuadorian Foreign Ministry indicated that China had agreed to observe a temporary fishing moratorium along the protected waters of the Galapagos.