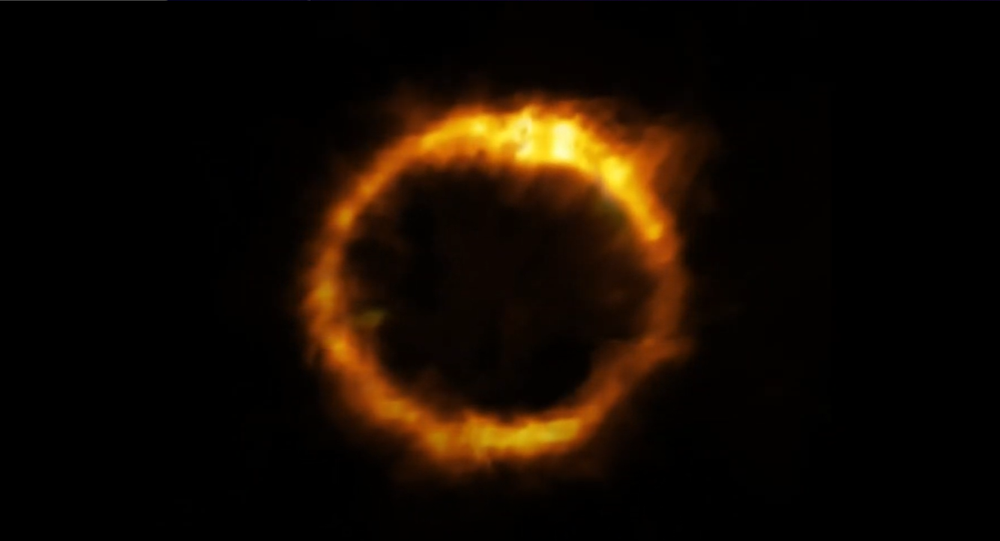 Scientists may soon change their theories on the formation of galaxies after the recent release of an image which shows a young galaxy that bears a resemblance to our own Milky Way, but from when the universe was 10% of its current age.

Using archived observations from the Atacama Large Millimeter/submillimeter Array (ALMA) in Chile’s Antofagasta Region, a team of astronomers were able to look at the distant galaxy SPT–SJ041839–4751.9, or SPT0418–47, as it appeared at a young age - some 1.4 billion years after the Big Bang. The galaxy is about 12.4 billion light-years from Earth, meaning that the light we see from it now was emitted when the universe was relatively young.

While the image of SPT0418–47 appears to be a perfect ring, the view of the galaxy is actually being gravitationally lensed by a galaxy between our own Milky Way and itself.

“The mass of that closer galaxy acts as a gravitational lens, bending SPT0418–47’s rays toward Earth so that ALMA can get a better image,” Science Magazine’s Daniel Clery detailed.

Scientists were also able to use computer modeling to reconstruct SPT0418-47 and show what they believe to be the actual shape and motion of its gas. The result of that can be seen toward the end of the video below.

The research has since been published in the multidisciplinary science journal Nature.

"This result represents a breakthrough in the field of galaxy formation, showing that the structures that we observe in nearby spiral galaxies and in our Milky Way were already in place 12 billion years ago,” explained astrophysicist Francesca Rizzo of Germany’s Max Planck Institute for Astrophysics, as reported by Science Alert.

It has been previously believed that features observed in SPT0418–47 did not form until later in galactic evolution.

"What we found was quite puzzling; despite forming stars at a high rate, and therefore being the site of highly energetic processes, SPT0418-47 is the most well-ordered galaxy disc ever observed in the early Universe," noted astrophysicist Simona Vegetti of the Max Planck Institute for Astrophysics.

The Dinosaurs in Congress: How Many Octogenarians Are Seeking Re-election in November?