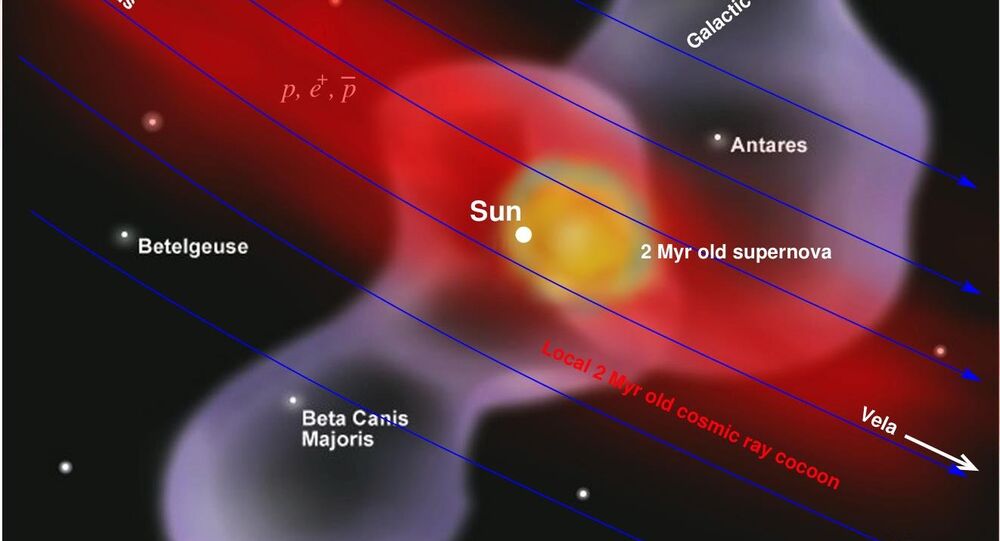 The eventual shrinking of existing white dwarfs into superheavy black dwarf stars that hardly emit any heat or light will ultimately see the last one blow up due to so-dubbed “quantum tunnelling”, it has been suggested. But, luckily, we have quite some time to reflect on the scenario.

The last explosions to ever take place on Earth will be over trillions of years from now, rounding off with a "black dwarf supernova", according to a new study, soon to be published in the Monthly Notices of the Royal Astronomical Society and now reported on by Newsweek.

The study is based on an assumption about a so-called big freeze or big chill - an astrophysical process connected with imminent energy shortages in the universe.

The lead author, assistant professor of physics at Illinois State University Matt Caplan started off his observations from white dwarfs, which don’t explode but gradually shrink turning into "black dwarf" stars of roughly the same size as Earth but as heavy as the Sun, no longer emitting light or heat.

This is when and where nuclear reactions will be taking place within black dwarfs, but at a far slower pace than in the stars existing today, Caplan inferred.

These reactions could eventually lead to explosions through so-called quantum tunnelling. "Nuclear reactions, via quantum tunnelling, turn the star to iron over a very, very long time", Caplan told Newsweek in an email, going on to explain that once the star contains enough iron, "it will explode very quickly like supernova today".

"Quantum tunneling makes it possible for 'forbidden' reactions to happen if you wait long enough", Caplan said drawing parallels between fusing reactions on stars like our Sun, and black dwarfs.

In conventional stars, fusion takes place because nuclei are bouncing around occasionally bumping into one another, whereas in black dwarfs, there is not enough energy for these thermonuclear reactions to take hold. "Still, nuclei have a small chance of spontaneously fusing and basically 'passing right through' the barrier from electric repulsion—that's quantum tunneling", Caplan recounted the results of his experiments.

© CC0
Bizarre Meteors That Once Struck Earth Could Be Parts of Mini-Planets, Researchers Assume

These reactions will take an extremely long time to be finalised. Caplan estimates the first "black dwarf supernova" will take place in 10^1100 years into the future. This figure, he said, is like saying a trillion almost 100 times, with the very last black dwarf supernova due to happen in around 10^32000 years, according to the researcher.

Caplan is now planning to simulate the landmark - and completely final  - event in the history of today's mankind, since there will hardly be anyone left to witness it, the academic explained.