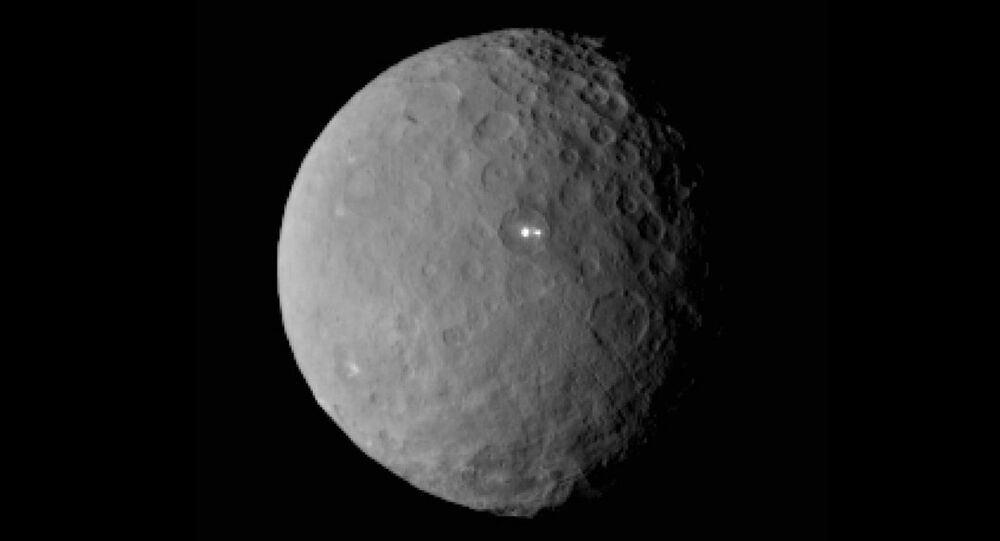 Dwarf Planet Ceres Turns Out to Be Ocean World, New Study Says as Scientists Hunt For Signs of Life

Named after the Roman goddess of agriculture and fertility, Ceres is part of an asteroid belt that lies between the orbits of Mars and Jupiter. For a long time, scientists believed that Ceres was a desolate space rock.

The dwarf planet Ceres is actually an ocean world, claims new study conducted by an international team of scientists from Europe and the United States. According to several studies, published on 10 August in the journals Nature Astronomy, Nature Geoscience, and Nature Communications, Ceres is home to large reservoirs of brine (salt-enriched water) that flows beneath its freezing surface.

According to one of the studies, the scientists came to this conclusion after analysing data received from NASA’s Dawn space probe that examined Ceres for three years. Using infrared imaging, the researchers discovered a mineral called hydrohalite, which forms in brines at cold temperatures.

"This elevates Ceres to 'ocean world' status, noting that this category does not require the ocean to be global. In the case of Ceres, we know the liquid reservoir is regional scale but we cannot tell for sure that it is global. However, what matters most is that there is liquid on a large scale”, said Carol Raymond, a planetary scientist and Dawn's principal investigator.

The researchers say the presence of hydrohalite is a sign that the dwarf planet, discovered in 1801 by Italian astronomer Giuseppe Piazzi, used to have water and could have hosted life. "The material found on Ceres is extremely important in terms of astrobiology. We know that these minerals are all essential for the emergence of life", said Maria Cristina De Sanctis, from Rome’s National Institute of Astrophysics.

The scientists note that hydrohalite is unstable on Ceres’ surface, which means that it formed on the dwarf planet very recently.