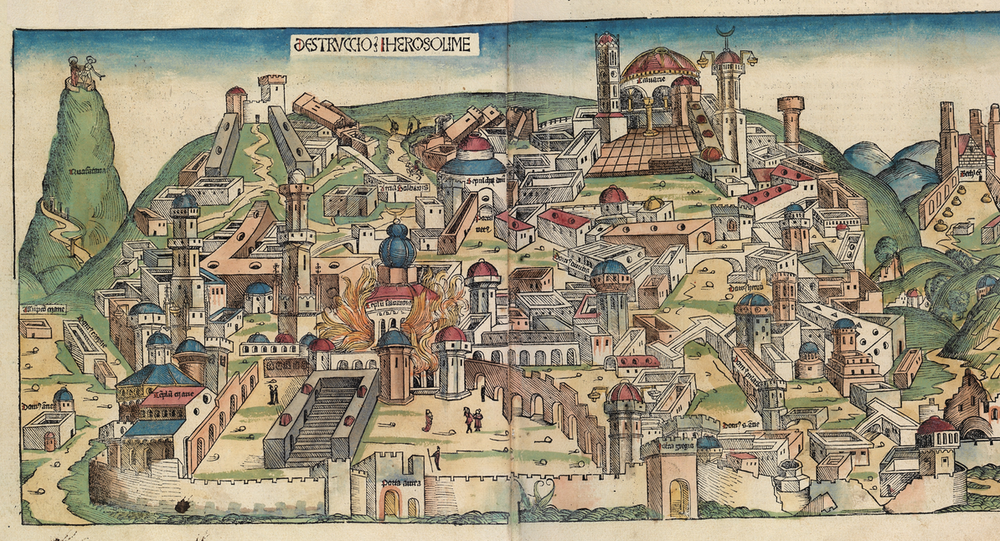 Between 589-586 BCE, Babylonian King Nebuchadnezzar II laid siege to Jerusalem, eventually entering the city and razing it and its famous Holy Temple complex to the ground, depriving future historians of priceless information about the Kingdom of Judah. Now, two and a half millennia on, researchers have found fascinating data of a different kind.

A team of archeologists from Tel Aviv University’s Institute of Archeology, the Institute of Earth Sciences at the Hebrew University of Jerusalem, and the Israel Antiquities Authority have completed an unusual study focused on determining the state of Earth’s magnetic field on the day that Jerusalem was sacked by the Babylonians in the year 586 BCE.

The study, recently published in the PLOS ONE peer-reviewed scientific journal, used clues from a dig site containing magnetized ruins such as bricks and roof tiles, furnaces and shards of pottery, which accurately recorded a snapshot of the prevailing magnetic field at the time that they were destroyed.

The objects, discovered at the site of a large, two-storey building found at the City of David National Park, are thought to have been heated up to temperatures of over 500 degrees Celsius during Jerusalem’s destruction, which allowed for the magneticization to take place.

Voav Vaknin, study coauthor and PhD student at the department of archeology and Ancient Near Eastern Civilizations, explained the process in a video released by the team, saying earth scientists figured out the magnetic field by studying the floor of the public building found at the dig site.

Dr. Yiftah Shalev of the Israel Antiquities Authority, another of the study’s coauthors, stressed that the archeological event of the fiery destruction Ancient Jerusalem “is echoed very well in the biblical text.”

In addition to being a one-of-a-kind opportunity for historians and earth scientists to learn about the prevailing geomagnetic realities of the time of the great Ancient Civilizations, the study may prove useful for other archeologists, since, having successfully dated the state of the magnetic field in 586 BCE, paleomagnetic analyses of similar ruins from other areas could help date them by comparison.

© CC0
Tiny South Atlantic Island Contains Clues About Whether or Not Earth’s Poles Are About to Flip
Just as importantly, the study may offer scientists important clues about the shifting of Earth’s magnetic field over the millennia.

The siege and sacking of Jerusalem by Babylonian King Nebuchadnezzar II took place after vassal king of Judah Zedekiah revolted against him. Nebuchadnezzar II’s wrath was so great that almost the entire city of Ancient Jerusalem was entirely destroyed, with an unknown number of Jews slain and displaced, and over 4,000 others exiled to Babylon.