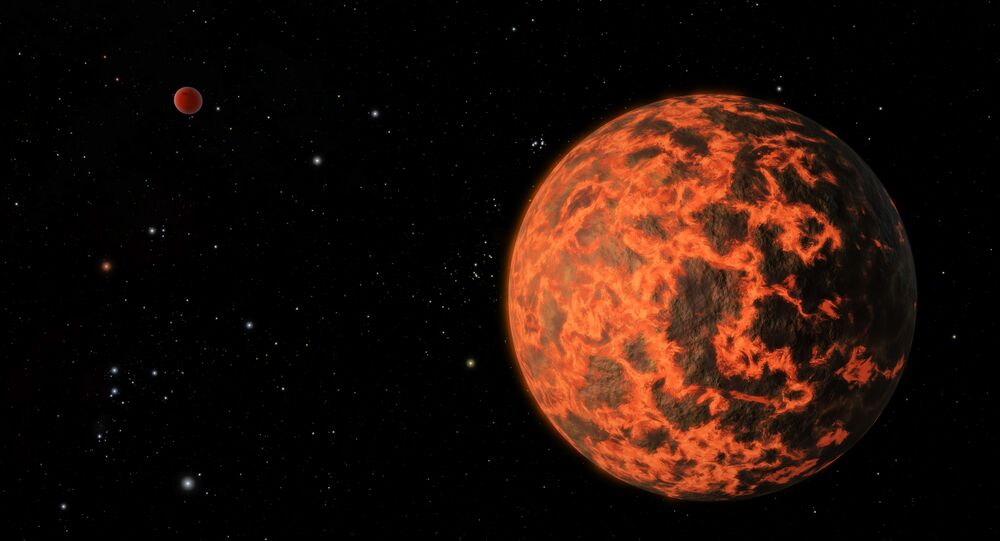 Some worlds in the Milky Way are nothing like our home planet, despite being called hot super-Earths. They can reach up to 10 times Earth's size and are extremely scorching, with their surfaces being washed by lava oceans. Some of them are also extremely bright, and scientists are currently looking for an explanation as to why that's the case.

Flaming-hot planets known as hot super-Earths are sometimes extremely bright, sometimes their albedo is so high that it reflects up to 50% of the light of their host stars. In comparison, our home planet reflects only 30% of the Sun’s light. Puzzled by this difference, scientists from the Massachusetts Institute of Technology aim to determine whether an ocean of molten lava flowing on the surface of these boiling worlds can actually explain their high albedos. According to a recent study published in The Astrophysical Journal, it actually can’t.

Running a lab experiment which created lava and volcanic glass (something which appears when lava cools down rapidly), researchers were able to calculate the brightness of various ranges of super-Earths in question, running from purely molten-covered planets to those covered in a solidified material.

The experiment showed that these materials were not reflective enough to explain the high albedos of certain lava-bound planets. According to estimates, the highest albedo index they were able to calculate was 0.1, meaning that these kinds of planets would only reflect 10% of their star’s light. These figures definitely don’t resemble the 50% reflection captured in the real world, meaning that these planets’ lava won’t be a primary source for their high brightness.

“We still have so much to understand about these lava-ocean planets,” says the study’s lead researcher, MIT graduate Zahra Essack. “We thought of them as just glowing balls of rock, but these planets may have complex systems of surface and atmospheric processes that are quite exotic, and not anything we’ve ever seen before.”

© NASA .
Milky Way Possibly Harbours Up to 6 Billion Earth-Like Planets, Astronomers Find
These findings mean that scientists now have to look for other explanations for  the extreme brightness of some of these planets. It was previously believed that hot super-Earths were potentially striped of atmosphere due to stellar radiation, but researchers now suggest that they actually can have a metal-reach one with highly reflective clouds, which would then potentially explain their high albedos.

“We’re not 100 percent sure what these planets are made of, so we’re narrowing the parameter space and guiding future studies toward all these other potential options,” Essack concludes.