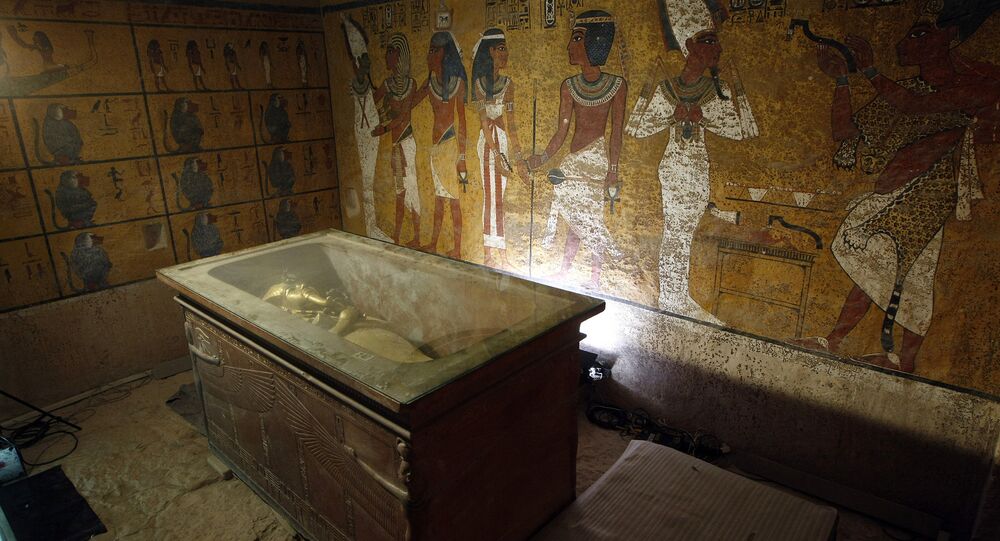 As plans to transfer Egyptian Pharaoh Tutankhamun’s mummy to the new Grand Egyptian Museum from his tomb in Luxor surfaced in May 2020, many feared the disturbance of Tutankhamun’s resting place could trigger the legendary “curse of the pharaohs”.

Egyptian teenage Pharaoh Tutankhamun, who was buried in the Valley of the Kings some 3,000 years ago, is to many the epitome of Ancient Egypt. The enigma surrounding his life and death, as well as the numerous deaths surrounding the discovery of his mummy and attributed to the “curse of the pharaohs” has unfailingly fired people’s imaginations.

Tutankhamun, who took the throne at the age of nine and ruled the kingdom for around nine years, from 1332 to 1323 BC until his death, was buried in the Valley of the Kings and has remained there to the present day.

The Grand Egyptian Museum - a huge project that will finally be finished by the end of 2020 – has coveted the pharaoh’s mummy.

The Grand Egyptian Museum will finally be finished by the end of this year.
It will take “four to six months” in 2021 to install some 100,000 artifacts, including 3,000 treasures from the tomb of Tutankhamun.

​There were plans to move the mummified remains of the boy king from their Luxor tomb in May, but locals managed to win the argument, insisting the mummy was their ancestor and a tourist attraction in his own right.

“The people of Luxor think that their grandfather should stay there, and I really do respect this. The mummy will stay there,” Zahi Hawass, an Egyptian archaeologist and former antiquities minister, was quoted as saying by CNN.

However, the museum will offer a spectacular display of some 3,000 treasures from the tomb of Tutankhamun, such as Tutankhamun’s death mask, one of the most recognisable artefacts from antiquity, crafted from 22.5 pounds (10.23 kg) pounds of gold.

📣📣 We are thrilled to announce our upcoming exhibition ‘Tutankhamun: Treasures of the Golden Pharaoh’. The #KingTut treasures will come to #SaatchiGallery this November before returning to Egypt forever. Visit: https://t.co/4oFjmp5PLw
📷: ‘Statue Portrait’ & ‘Coffinette 1’ pic.twitter.com/b41uF3Qp3A

​Egyptologists still speculate about what killed the young king, who married his half-sister Ankhesenpaaten upon taking the throne.

Some believe he was assassinated, while others think his death was an accident, likely the result of an infected leg following a fracture.

© AFP 2021 / MOHAMED EL-SHAHED
A picture taken on April 1, 2016, shows the golden sarcophagus of King Tutankhamun displayed in his burial chamber in the Valley of the Kings, close to Luxor, 500 kms south of the Egyptian capital Cairo

The pharaoh is also famous for the supposed curse that haunts his tomb, as following its discovery in 1922, archaeologists, and even some of their family members, reportedly died from illnesses or in “freak” accidents.

"When you go really deeply into the collections of the king, into the history of the king, you discover that he was a really important king," says Tayeb Abbas, head of archaeology at the Grand Egyptian Museum, adding:

"What is also important about the king is that his life and death are still a mystery. And that's why people all over the world are still fascinated by King Tutankhamun."

Mystery of Tutankhamun's Death to Finally Be Solved?

'Don’t Disturb Him!' Concerns as Tutankhamun's Mummy Could Soon Be Moved Out From Tomb