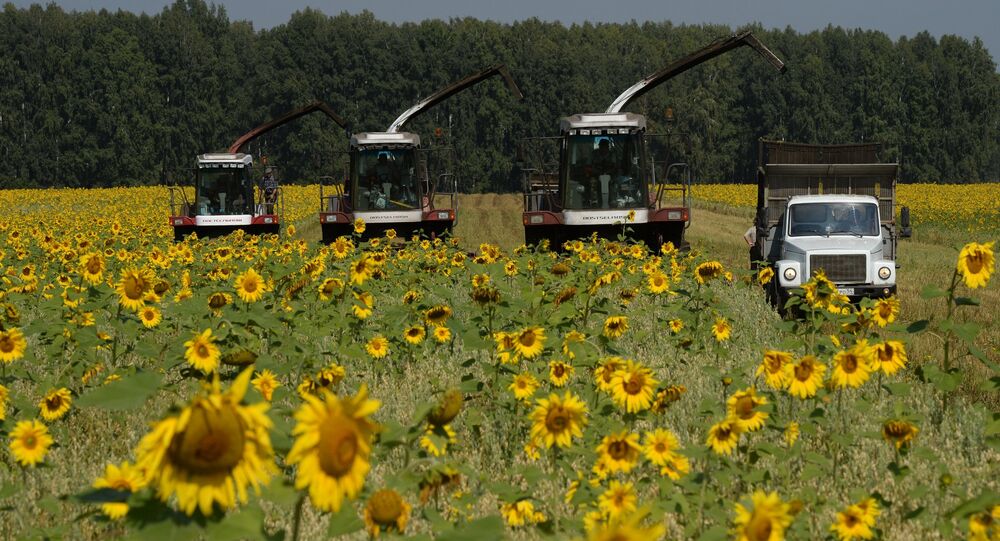 Scientists at the Siberian Federal University (SibFU, Krasnoyarsk, Russia) have developed a unique method to protect crops from pathogens. According to the authors of the study, the new drug will make it possible to give up spraying crops with pesticides, which is expensive and environmentally unfriendly.

The study's results were published in the International Journal of Biological Macromolecules.

As experts explained, traditional methods of protecting crops involve treating grains, soil, and plants with chemicals several times per season, while the new product is placed in the soil once before sowing and lasts the entire vegetative period.

The effect is achieved due to a special polymer developed by SibFU’s Lab of New Biomaterials under the leadership of Doctor of Biological Sciences Tatyana Volova. This polymer decomposes in the soil at a predetermined rate, gradually releasing the active substance, which guarantees an optimal plant protection regime.

"The biodegradable polymer we have developed is completely harmless to the soil. We have selected environmentally friendly, cheap and chemically neutral additives to provide the necessary mass and decomposition time: clay, peat and birch sawdust. The additives make it possible to produce the drug in a form of tablets or granules, which just need to be placed into the soil during sowing”, Tatyana Volova said.

The scientists pointed out that the active substance is released in mini-doses so that toxins that scare away and kill pathogenic fungi and weeds don’t get on the fruits and green parts of the plant.

"There are obvious disadvantages to traditional crop protection methods. The chemicals that need to be sprayed several times over the summer get washed away by rains or carried away by winds, which is dangerous for the environment: over the past five years, the population of bees, including domestic ones, has decreased by almost half in agricultural regions due to the uncontrolled use of pesticides. Moreover, the repeated use of agricultural machinery increases production costs. Our product doesn’t have these drawbacks”, Evgeny Kiselev, a co-author of the study and researcher at SibFU’s Laboratory of Biotechnology of New Materials, said.

According to the scientists, the new drug has already undergone laboratory testing and checks for compliance with safety standards. The toxins used have proved their effectiveness against a number of weeds and the pathogenic agent of the most dangerous cereal disease - fusarium.

The drug is still being tested at the Krasnoyarsk State Agrarian University and the Krasnoyarsk Research Institute of Agriculture. The research was carried out under the guidance of Sabu Thomas, a leading polymers and nanocomposites specialist and professor emeritus at the Siberian Federal University.