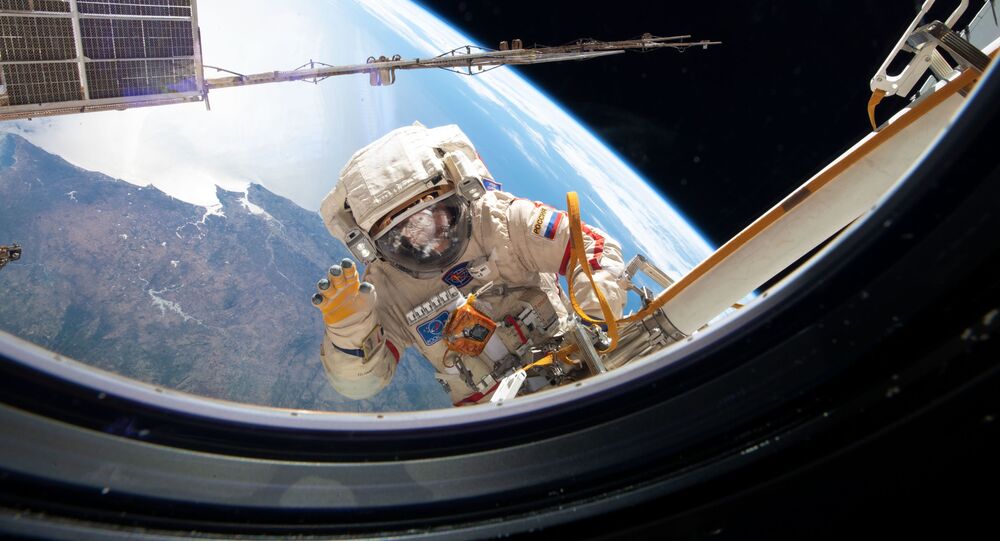 Since 2001, only seven people have travelled into space as tourists with American company Space Adventure. The industry appears to be blossoming, however, as several other firms, including Virgin Galactic, Blue Origin and Zero2Infinity have announced plans to offer space jaunts.

The Russian space agency Roscosmos announced that the names of two space tourists who will travel to the International Space Station (ISS) will be revealed in the beginning of 2021.

Roscosmos referred to the 2019 contract with "Space Adventure", a space tourism company that offers travels to space, zero-gravity atmospheric flights and spacewalks. Just seven people have travelled to space as tourists, beginning in 2001.

The upcoming flight with two tourists accompanied by one experienced cosmonaut should become the first in the space tourism history.

Apart from announcing the 2021 tour under a contract with Space Adventures, Roscosmos said that negotiations are ongoing with other American companies to send tourists into space.

Currently, "Space Adventure" is the only provider of space tours, but several other companies, including American Blue Origin and British Virgin Galactic, announced their plans to offer commercial space travels.

2021 will also see launches of international crews from the Baikonur Cosmodrome. According to the contract with #SpaceAdventures company, two space tourists will launch to the ISS in the end of 2021 🚀

In 2019, NASA said it would make commercial flights to ISS available, using American spacecraft. According to reports, NASA is planning to use the SpaceX Dragon capsule and Boeing's Starliner orbital vehicle.

In February 2020, Space Adventure announced plans to offer space tourists rides in the Space X Crew Dragon capsule. Trips could be capable of spending up to five days in a low-Earth orbit.

As of now, every space tourist has travelled to orbit in a Russian-made Soyuz space vehicle, with the prices reportedly varying from 20 to 50 million dollars for each traveler.