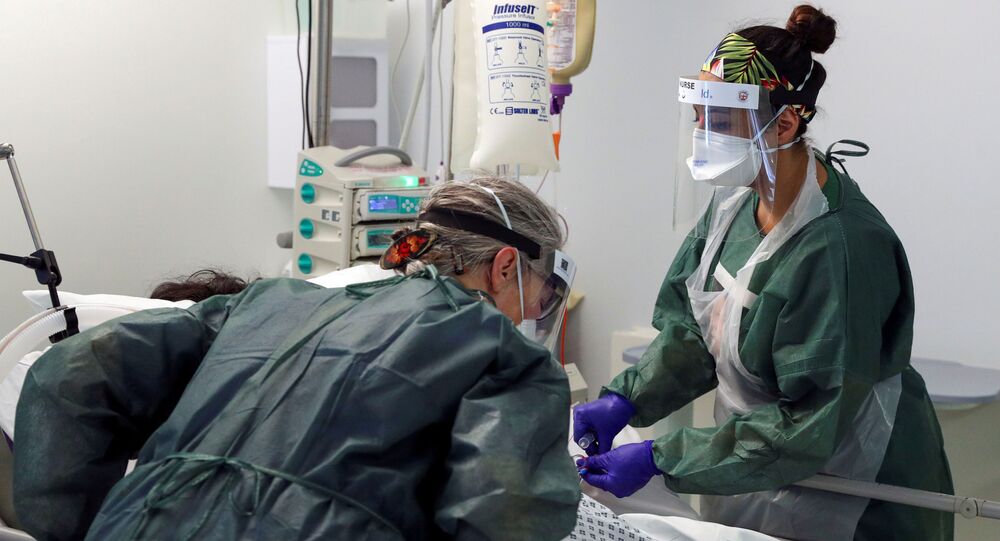 With more than 17 million confirmed cases of coronavirus worldwide, fever and the loss of smell and cough are now believed to be one of the most common indicators of the disease resulting from the virus. Still, not all of COVID-19 patients actually display these signs.

British researchers classified six “types” of COVID-19 based on a cluster of symptoms, according to a non-peer-reviewed study published by MedRxiv. The team from King’s College London suggested that a model resulting from this type of classification helped them to predict the risk of hospitalisation requirement and respiratory support for a patient, as each of the clusters differed in the severity of the disease.

Using a machine learning algorithm, researchers analysed data from around 1,600 confirmed COVID-19 patients across the UK and US who were regularly reporting their symptoms through the tracking app in March and April. The algorithm was later tested on 1,000 users in the UK, US and Sweden.

The study argued that while all people involved in the study experienced symptoms of headache and loss of smell, other signs seemed quite uncommon to scientists, including confusion or abdominal pain, despite being actually “hallmarks” of the most severe forms of COVID-19.

The six clusters identified by the team are the following:

Researchers later added that skin rash has also now been identified as one of the key COVID-19 symptoms, but it was not seen as one when the data was gathered for the analysis and is currently unclear how it fits into these clusters.

The team then developed a model with information about the patient and his or her symptoms experienced in the last five days to determine which cluster the person fell into.

According to them, this helped them to better predict whether they would require more serious medical support than existing models, which are purely based on age, sex, pre-existing conditions and BMI.

The resulting model could thus help to identify “early warning” signs for those who would potentially need more serious help, researchers note, as most people in need of respiratory support arrive at the hospital 13 days after they start experiencing the first symptoms.

“These findings have important implications for care and monitoring of people who are most vulnerable to severe COVID-19”, said one of the study’s authors, Dr. Claire Steves. “If you can predict who these people are at day five, you have time to give them support and early interventions such as monitoring blood oxygen and sugar levels, and ensuring they are properly hydrated - simple care that could be given at home, preventing hospitalisations and saving lives.”

This study has been pre-printed now but has yet to be peer-reviewed.