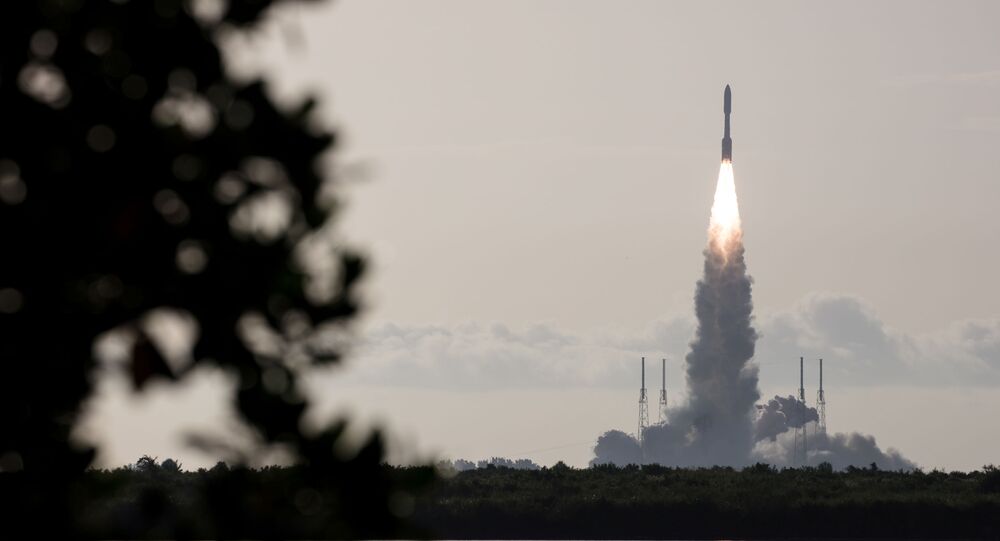 The NASA craft is carrying a twin-rotor, solar powered helicopter which may soon become the first aircraft to fly over an alien world.

On 30 July, NASA's Perseverance rover blasted off into space aboard an Atlas V rocket and began its 6-month journey towards Mars, on a mission to further mankind's knowledge of the Red Planet.

The craft is expected to touch down in the vicinity of the Jezero crater in February 2021, which, some 3.5 billion years ago, was apparently the site of a lake, as the space agency notes on its website.

"We are in extraordinary times right now with the coronavirus pandemic, and yet we have, in fact, persevered," NASA Administrator Jim Bridenstine said. “And we have protected this mission because it is so important."

Perseverance is carrying "seven different scientific instruments" that are expected to help it fulfill its mission, along with Ingenuity – a twin-rotor solar powered helicopter strapped to the rover, which is expected to become "the first aircraft to fly on another world".

The rover's goals include collecting Martian samples that would provide "unprecedented information" about the planet's weather and climate, and to hunt for signs of microbial life on Mars.

He also described the undertaking as a "tremendous team effort", stating that virtually anywhere in the United States, "you don’t have to go very far probably to find somebody who has been a part of this mission".