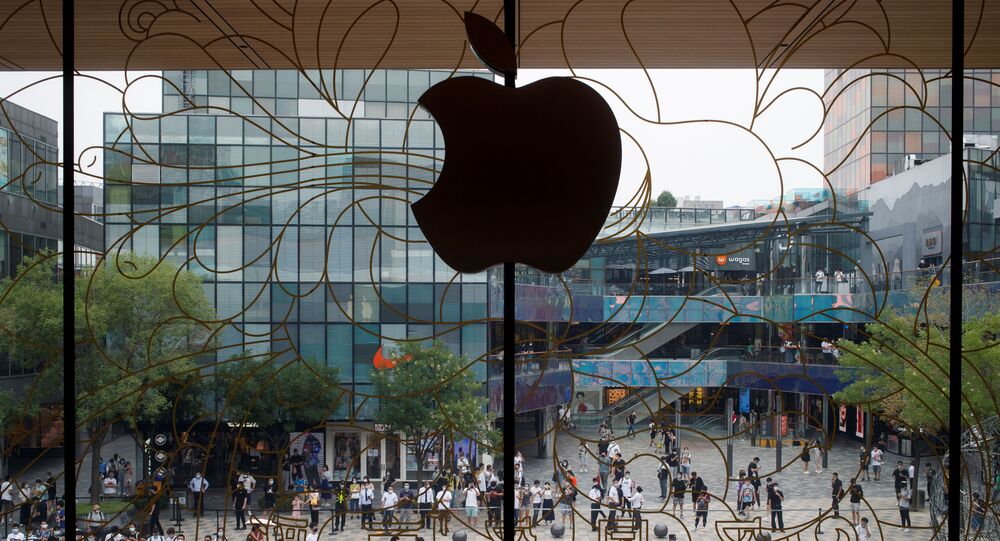 The Cupertino-based company argues that its App Store "tax" is comparable to those used in "similar" platforms. However, the creator of one of the most popular messengers claims that this is not quite the case when it comes to Apple devices.

The founder of Telegram, Pavel Durov, has expressed strong criticism of Apple's practice of taking a 30% cut from all purchases in its App Store, which, as he believes, negatively affects both app creators and users.

In a Telegram post, Durov highlighted seven "myths" that the company "uses" to justify the tax and explained why Apple customers should not listen to them, but instead stand up to the Cupertino-based company. Here are seven myths about the App Store "tax" that have been busted by Durov:

The Telegram CEO dismissed the claim that the 30% cut helps Apple run the App Store platform, arguing that the tech giant rakes in billions of dollars from this tax, while maintaining that the store costs only tens of millions at the most. He referred to his experience as the CEO of a platform that hosts and moderates far more extensive amounts of content than Apple has in its store.

The idea that the money earned via the App Store "tax" is being used to develop new iPhones and other devices was similarly dismissed by Durov. He insists that the Cupertino-based tech giant is sitting on "$200 billion in cash", while not investing it in research and development and not presenting any innovative products recently.

You Can Compete if You Don't Want to Pay

The Telegram founder further argues that the myth that any company can build a rival OS if they don't like the idea of paying a cut to Apple does not hold water. Durov explains that while making a new OS is not a problem, attracting a user audience is trickier. He elaborated that users won't choose a new platform that lacks third-party apps, which, in turn, won't be created by software developers as long as the platform remains unpopular, thus creating a "vicious circle" - one that even a giant like Microsoft couldn't break back in the day.

© REUTERS / Thomas Peter
A man stands in front of a wall of iPhones cases in the new Apple flagship store on its opening day following an outbreak of the coronavirus disease (COVID-19) in Sanlitun in Beijing, China, July 17, 2020

No App Store - No Way to Distribute Software for iPhone

Durov dismissed the claim that the App Store is the developers' only way to bring their creations to iOS devices as "false". He went on to add that on the contrary, Apple devices wouldn't survive on the market without the input from software developers, referring to the arguments that he used to bust the previous myth. The Telegram CEO recalled that long before the first iPhone emerged, developers still managed to deliver their products to customers on other platforms and free of charge.

If You Don't Like the 'Tax', Build Apps for Android

This myth also hardly holds any water, according to Durov, who says that any serious mobile app developer could not possibly ignore either Android or iOS, considering how significant the market share of these two operating systems is. He also argued that as time goes by, the users of Apple devices are finding it ever costlier to switch to rival products, thus leaving users in a kind of "monopolistic lock-in".

App Store Tax is in Line With Other Platforms

The Telegram CEO challenged a recent report by Apple that claimed the App Store's cut from purchases doesn't exceed similar fees charged by other platforms. He called such a comparison "irrelevant", indicating that most of the mentioned platforms are nowhere near the Cupertino tech giant in terms of market share, while the one that exceeds it, Android, actually allows its users to install third-party stores or download apps without any whatsoever.

© REUTERS / Dado Ruvic
Apple logo is seen on a Macbook in this illustration taken April 12, 2020

The notion that the 30% App Store "tax" issue should not be addressed by regulators due to such a move going against the ideas of fair competition and the free market was also disputed by Durov, who argued that there is no "real" competition on the mobile OS market right now and that Apple itself can't be called a “free market” player. The Telegram CEO insisted that a libertarian approach can't be used to defend a company that has tried to use regulators to criminalise jailbreaks - software that allows apps to be installed on an iPhone that have not been vetted by the company and are not present in the App Store, as well as to unlock other features blocked by Apple.

Durov points to Apple's appeals to the US Copyright Office to recognise jailbreaks as a copyright violation. But so far, the American authorities have exempted such software from the Digital Millennium Copyright Act (DMCA) on a temporary basis as long as it is used to provide access for unapproved carriers or to install apps not available in the App Store.