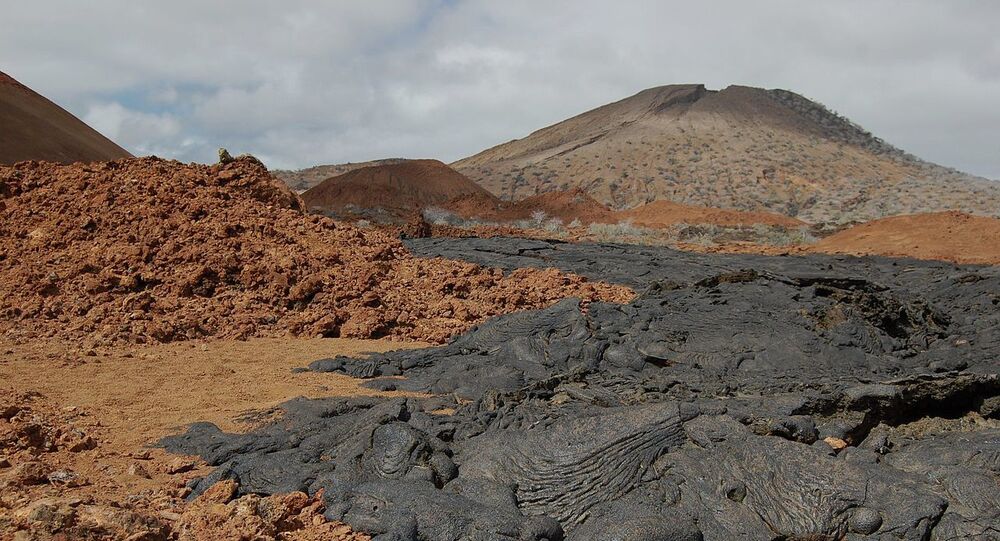 Many volcanoes around the world release "compositionally homogeneous magmas" for thousands, or even hundreds of thousands of years, like those in Hawaii, Iceland, and the Galapagos Islands, according to a study published in the Nature Communications journal.

A group of volcanologists has carried out research on remote islands in the Galapagos Archipelago in order to better understand why some volcanoes on Earth release chemically uniform lava habitually over long periods of time. The results of their study were published in the Nature Communications journal.

"These 'monotonous' volcanoes aren't uncommon but it's hard to imagine how magmas stored throughout the Earth's crust—between around 10-15 kilometres [around 6-9 miles] in depth—can have identical chemical compositions. A lot of things happen on a magma's journey to the surface!", Michael Stock, the lead author of the study from Trinity College Dublin, Ireland, said.

The study shows that two Galapagos volcanoes, Wolf and Fernandina, have only erupted uniform basaltic magmas during their entire lifetimes, while the sub-volcanic systems contain "extreme heterogeneity, with melts extending to rhyolitic compositions".

"Magmas are more likely to erupt explosively when they have higher silica and water concentrations. The water forms gas bubbles—the same as carbon dioxide in cola—but the high silica content makes the magmas very sticky. The gas bubbles can't escape so pressure builds up, generating an explosive eruption", Stock said.

According to the scientists, the Galapagos volcanoes have generated chemically consistent lava flows for millennia because of their location, where a very high volume of new basalt magma is moving through the Earth's crust.

Under certain circumstances, the chemically diverse magmas beneath volcanoes could rise to the surface, the volcanologist said, adding that this could cause a shift towards periods of unexpected explosive activity in these volcanoes.

"The study will also help us to better understand the risks posed by volcanoes in other parts of the world—just because they've always erupted a particular way in the past doesn't mean you can rely on them to continue doing the same thing indefinitely into the future", Stock said.